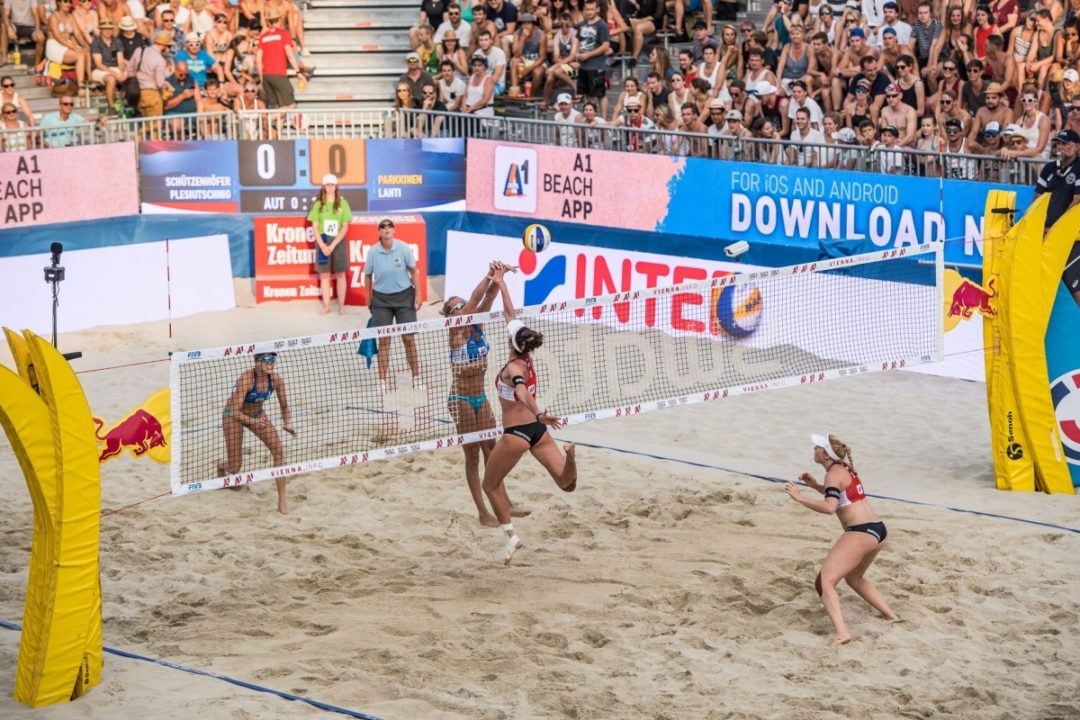 After pool play, No. 2 seed Heather Bansley/Brandie Wilkerson of Canada and No. 8 Katharina Schutzenhofer/Lena Plesiutschnig of Austria are out of the competition after going 0-2 in their respective pools. Americans Kelly Claes/Brittany Hochevar and Lauren Fendrick/Sarah Sponcil won their respective pool titles.  Current Photo via FIVB

The women played two rounds of modified pool play with 24 teams moving on to the first knockout round on Thursday. Eight pool winners were crowned, each earning a bye to elimination Round 2.

After pool play, No. 2 seed Heather Bansley/Brandie Wilkerson of Canada and No. 8 Katharina Schutzenhofer/Lena Plesiutschnig of Austria are out of the competition after going 0-2 in their respective pools. Neither team won a single set in pool play before making their tournament exits. It was just the second time in 18 World Tour events that the Canadians failed to register a single win.

The eight pool title winners were:

No. 17 Keizer/Meppelink pulled off the upset of the tournament so far, downing No. 1 overall seed Melissa Humana-Paredes/Sarah Pavan of Canada 24-22, 21-14 to claim the Pool A title at 2-0.

Keizer/Meppelink, No. 31 seed Menegatti/Orsi Toth and Agatha/Duda pool play winners each went 2-0 in sweeps. The remainder of the pool winners went to tiebreak at least once.

No. 9 Artacho del Solar/Clancy also had to play through two three-setters to take Pool H and earn a pass to the second elimination round. The Aussies defeated Finland’s Taru Lahti-Liukkonen/Anniina Parkkinen and Latvia’s Anastasija Kravcenoka/Tina Graudina.

No. 17 Americans Kelley Larsen/Emily Stockman went 1-1 in Pool A play, falling to Meppelink/Keizer, but rebounding with a 21-14, 21-16 win over Austria’s Nadine Strauss/Franziska Friedl.

No. 14 Sara Hughes/Summer Ross also will be playing in Knockout Round 1 after finishing second in Pool C, topping Dutch pair Joy Stubbe/Marleen Van Iersel before falling to Agatha/Duda. 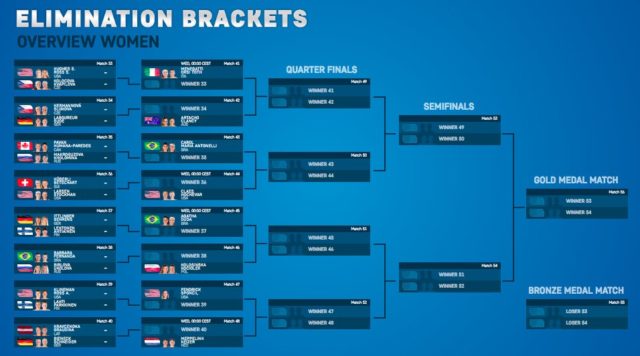 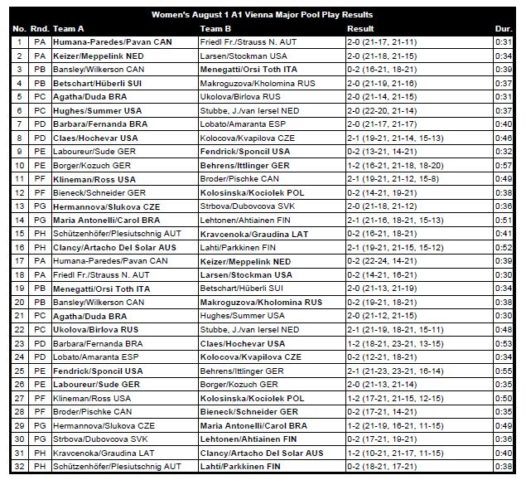