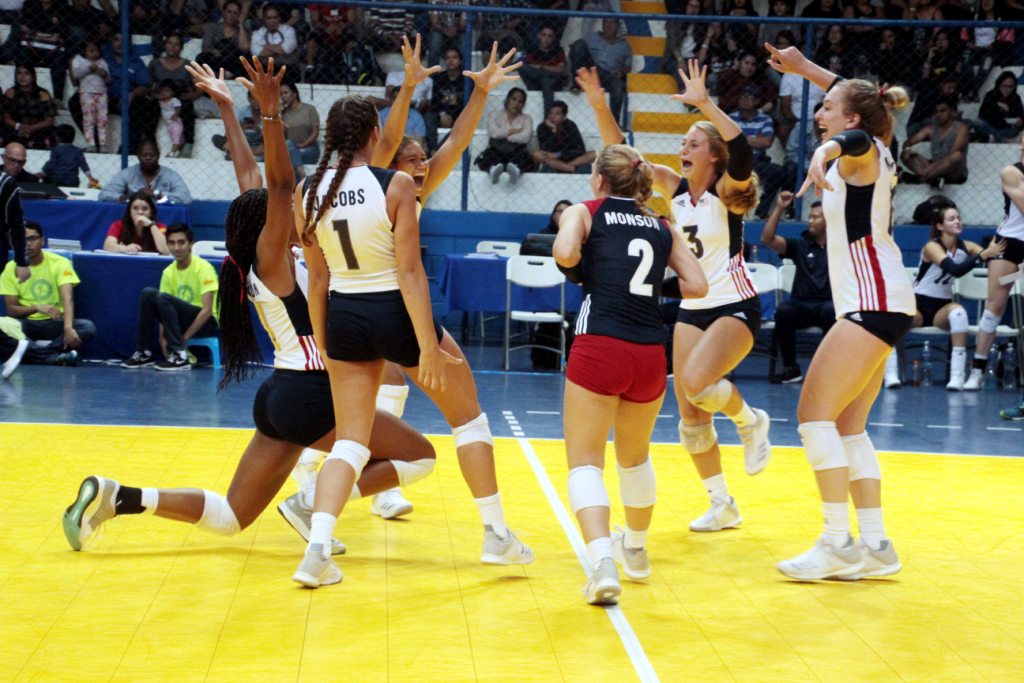 With the top two teams earning spots in the U18 World Championships in Egypt, Friday's semifinals had an added level of pressure. In the end, the United States and Canada rose to the occasion and punched their tickets. The Americans cruised to a sweep, while Canada had to rally for a five-set win to move on.  Current Photo via NORCECA

With the top two teams earning spots in the U18 World Championships in Egypt, Friday’s semifinals had an added level of pressure. In the end, the United States and Canada rose to the occasion and punched their tickets. The Americans cruised to a sweep, while Canada had to rally for a five-set win to move on.

The Canadians trailed by as many as four en route to a 25-23 Set 4 rally and denied Cuba four match point tries to grab the 16-14 Set 5 victory and the win. With the victory, Canada secures at least a silver medal, surpassing their best finish, a bronze medal from 20 years ago.

“What happened to us tonight was that we believed, we always believed,” Canadian captain Hannah Duchesneau said. “Our team trusted that we could get the win … we believed… In the fourth set we were down four points and we believed, we wanted this victory. I was on the bench in the last set, but you also have to be prepared to be on the bench and enter the game, you must come with a very strong work, have concentration, but we were all supporting, both those who were outside, and the public.”

Katarina Pantovic and Anna Smrek led a group of four Canadians with double-digit point tallies, notching 13 apiece. Raekelle Powell and Emma Mckinnon were right behind with 12 each. Pantovic put down a team-high 10 kills and added two aces, while Mckinnon and Powell followed with nine and eight putaways respectively. Powell served up three aces, while Smrek put up a team-high seven blocks and chipped in five putaways. McKinnon was second in blocks with three. 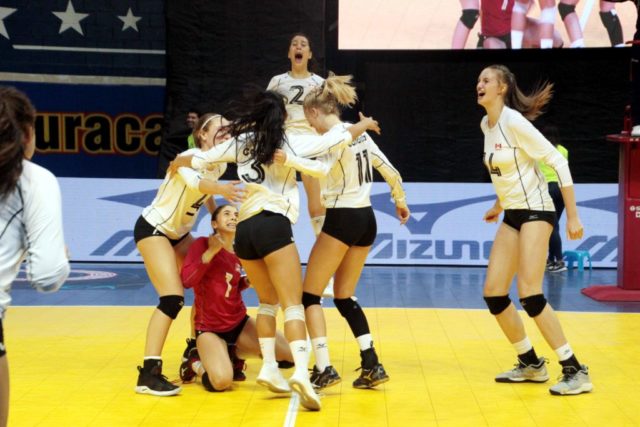 Canada celebration – U18 girls vs. Cuba

The Americans sewed up a ticket to the U18 World Championships with a sweep, while also earning their 10th finals appearance and staying in the running for their seventh title since 1998.

“It was not an easy match,” USA coach James Stone said. “The Dominican Republic is a very good one, but also the girls held the block well. We served well and got the ball as we wanted, but it was not an easy game. I have a good team and I am proud of them. The plan was to qualify for the World Cup. It will not be easy tomorrow against Canada, but we will play to win, that is what we have to do, we will look for how to finish the tournament well.”

The Americans dominated the match offensive, posting 38 kills to just 16 for the Dominicans. The USA also boasted a 12-5 lead in blocks and outserved its foes 4-0.

Jessica Mruzik and Emily Landot led the way for the USA with 14 and 13 points respectively. Mruzik downed a match-best 12 kills to go with an ace and a block. Landot turned in nine kills, three blocks and an ace. Allison Jacobs and Caroline Crawford notched eight points apiece, while Devyn Robinson added seven. Jacobs posted seven kills, while Robinson and Crawford put up three blocks apiece.

“I can not say how I feel, it’s something from another world,” USA captain Allison Jacobs said. “We were not intimidated by the Dominican Republic, we knew it was a good team, but we were more focused on what we would do as a team, play our game, without thinking about the opposite. The pass was very good, the reception also, that has improved a lot since the start of the tournament. Although we had not trained much time together, now we see ourselves as a team that has been known for a long time and that is important.”