USA, Dominican Republic Will Battle for Pan Am Title Again 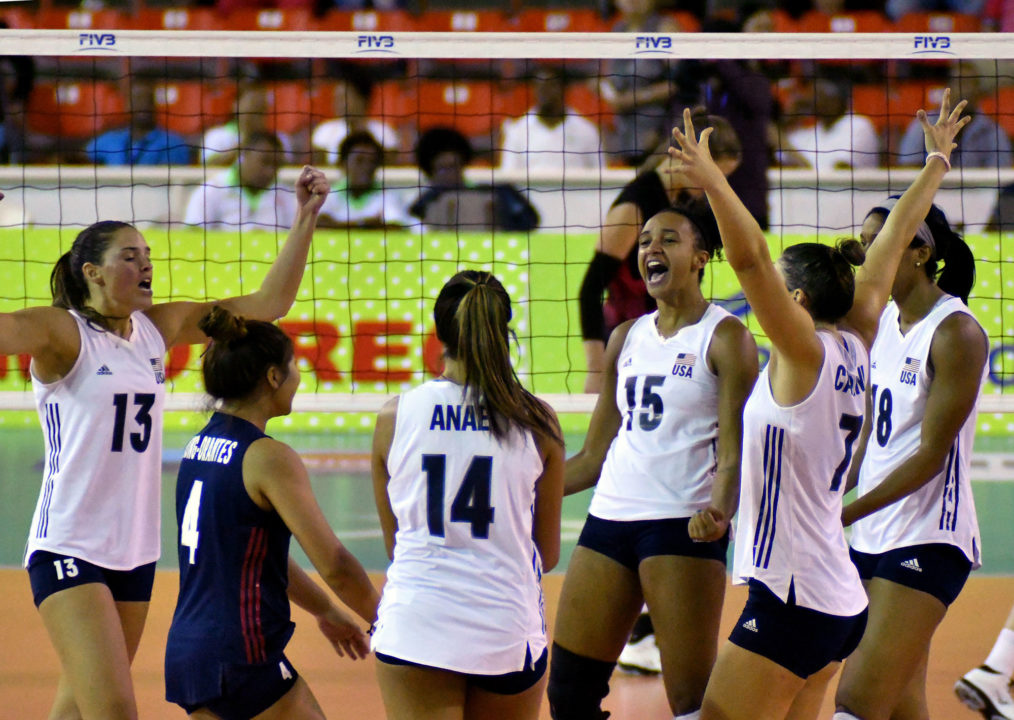 The United States and Dominican Republic will battle for the Pan American Cup title for the second straight year after each won semifinal matches on Friday.  Current Photo via NORCECA

The United States and Dominican Republic will battle for the Pan American Cup title for the second straight year after each won semifinal matches on Friday.

The Americans won gold in four sets in 2017 for their fifth Pan Am Cup title, which made the United States the winningest country in the 16-year history of the event. The DR won the Pan Am titles in 2014 and 2016.

The Dominican Republic swept Brazil to reach the final, while Team USA moved past Canada in four sets to move on.

Brayelin Martinez racked up 23 points, including 20 kills, nearly equaling the offensive output of her Brazilian foes in a semifinal sweep.

The Dominican Republic managed 44 kills, while holding Brazil to just 22 putaways. The DR also outdid Brazil in service aces (7-2). A 10-5 advantage in blocks kept the Brazilians in the match.

“I feel very happy with this win,” Martinez said. “I had the feeling that we were going to win 3-0. We followed the game plan designed by our coach and everything came out well. Now we have to prepare to play USA for the gold.”

“The Dominican team served well and we didn´t play like Brazil volleyball only in the third set,” Brazilian captain Dani Lins said. “For the first two sets we played apathetic but the credit should go to the Dominican team.”

The United States put up 21 blocks and thirty three errors plagued Canada in the other semifinal.

“We salute an amazing team of Canada,” American coach Jonathan Newman-Gonchar said. “We knew it was going to be a challenging match. We prepared for them but they still found solutions. We came here for a purpose and tomorrow we are going for it.”

“It is disappointing to lose,” Canadian captain Megan Cyr said. “They put a lot of pressure and aggressiveness. The United States sided out well and blocked a lot of balls.”