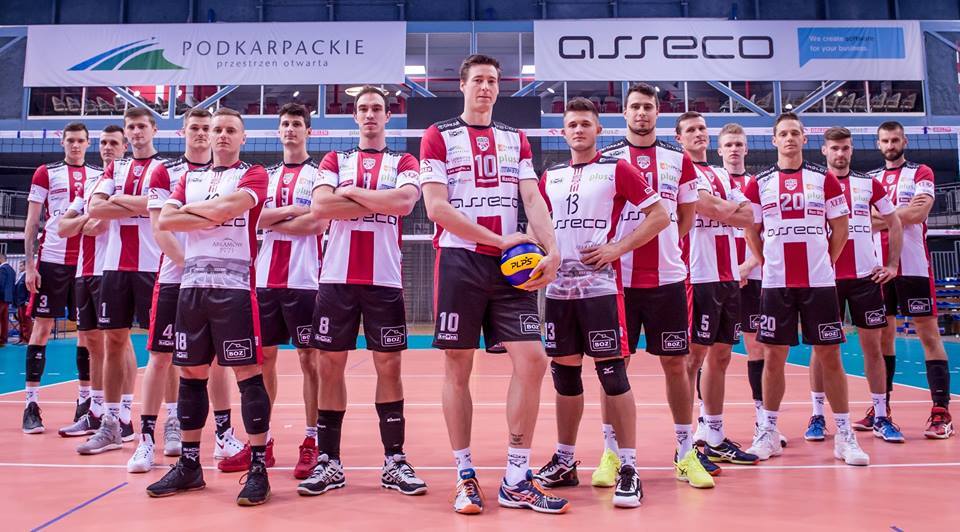 As the youngest member on the 2016 Rio Olympic bronze medaling squad at age 22, Thomas Jaeschke is labeled as... Current Photo via Asseco Resovia Rzeszow Facebook Page

As the youngest member on the 2016 Rio Olympic bronze medaling squad at age 22, Thomas Jaeschke is labeled as an outside hitter for the U.S. National Team and for Poland’s top club team Asseco Resovia Rzeszow. In the past 2 matches, though, Jaeschke has switched it up and played as an opposite.

Jaeschke, a Wheaton, Illinois native, left Loyola after his junior year in 2015 to play for Asseco Resovia after he helped Loyola win the 2014 and 2015 NCAA Men’s DI-II National Championships. Jaeschke was named the 2015 AVCA Player of the Year as well as the 2014 and 2015 MIVA All-Conference First Team and Academic All-Conference.

Jaeschke made his national team debut back in 2015 with NORCEA Champions Cup in Detroit and also competed in the 2015 FIVB World League where he won the bronze medal.

Asseco Resovia Rzeszow are 6 time Polish Champions and 3 time winners of the Polish Cup and is currently ranked 5th in the men’s European club rankings. Their next game is on March 1, 2017 against Dukla Liberec.