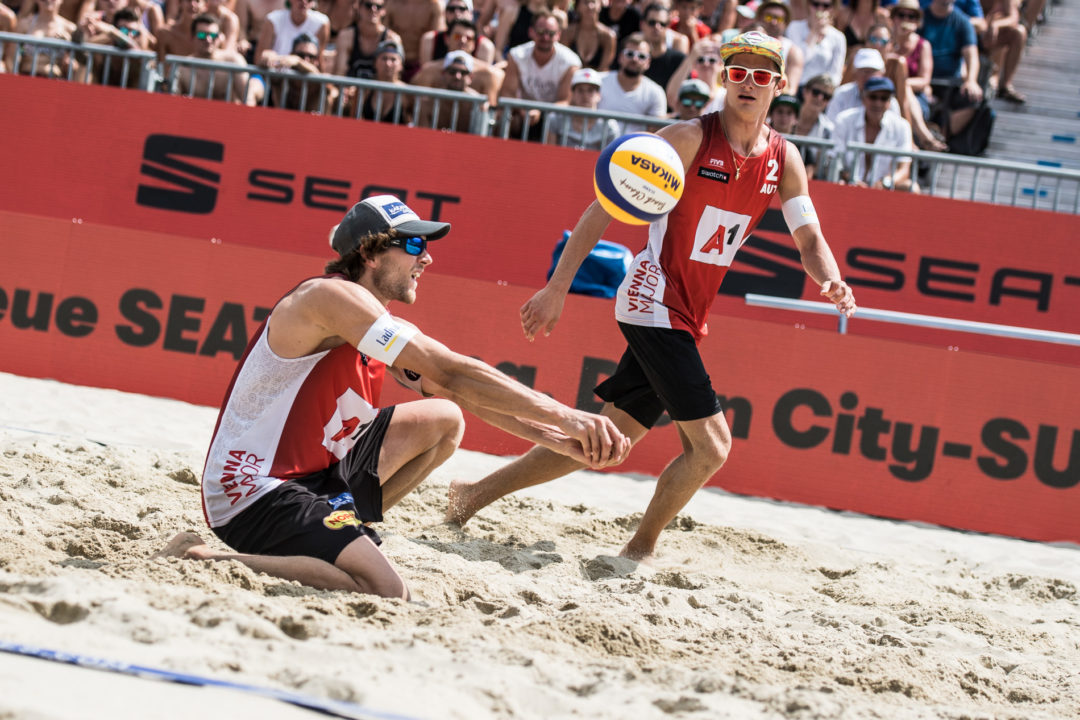 Americans Taylor Crabb/Jake Gibb, Brazilians Ricardo Santos/Gustavo ‘Guto’ Carvalhaes and homestanding Robin Seidl/Philipp Waller highlight the group of eight teams that are moving on from the qualifiers to the Vienna Major main draw.

Joining those two are:

Crabb/Gibb outlasted fellow Americans Bill Kolinske/Miles Evans 21-14, 21-16. Crabb/Gibb jumped out to a 7-2 lead in Set 1 including an ace by Crabb. Kolinske/Evans rallied to within three four times, last at 15-12, before Crabb/Gibb outscored them 6-2 down the stretch. In Set 2, Crabb/Gibb built a five point lead at 11-6 and Kolinske/Evans cut the margin to three at 15-12 on a Kolinske block. An Evans putaway stopped the first match-point try, but a service error capped the match at 21-16.

The men’s main draw action will begin on Thursday with pool play.

No. 2 Alison Cerutti/Andre Loyola Stein of Brazil and No. 3 Piotr Kantor/Bartosz Losiak of Poland are grouped together in Pool F.