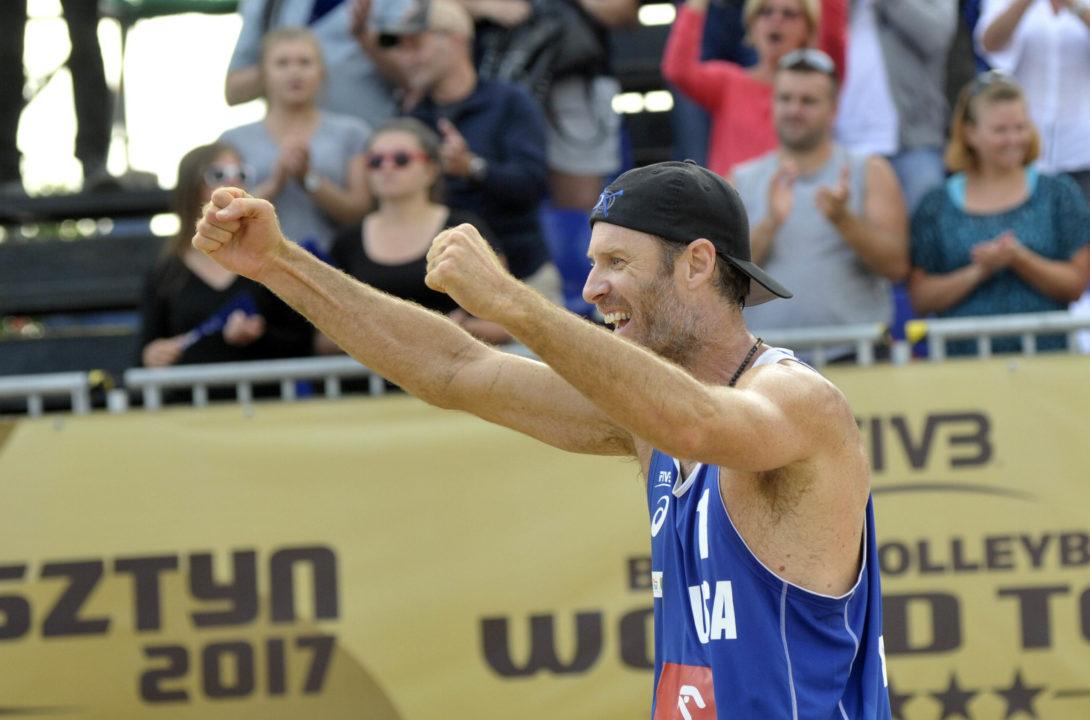 Americans Ryan Doherty and John Hyden are looking to make history in the Olszytn Four Star finals on Sunday. Current Photo via FIVB

Americans Ryan Doherty and John Hyden are looking to make history in the Olszytn Four Star finals on Sunday. Hyden, who already became the oldest FIVB Tour gold medalist in 2014, will lengthen that mark at age 44 if the pair can edge past X in the championship match.

Regardless of the outcome of the final match, Hyden/Doherty have already ensured their best finish of the season after finishing fourth once and fifth twice in three previous quarterfinal appearances. Hyden is the oldest player to win a FIVB World Tour event, doing so at 41 years, eight months and 15 days back in 2014.

Germany’s Markus Bockermann and Lars Fluggen knocked American’s Phil Dalhausser and Nick Lucena out of medal contention, with a three-set win in the quarterfinals and earned their spot in the gold medal match with an easy 21-14, 21-13 win over Latvia’s Martins Plavins and Haralds Regza.

Sunday’s gold medal match will mark the first podium finish for both Hyden and Doherty and Bockermann and Fluggen. The German duo’s best finish in 2017 was fifth at the Kish Island three star.