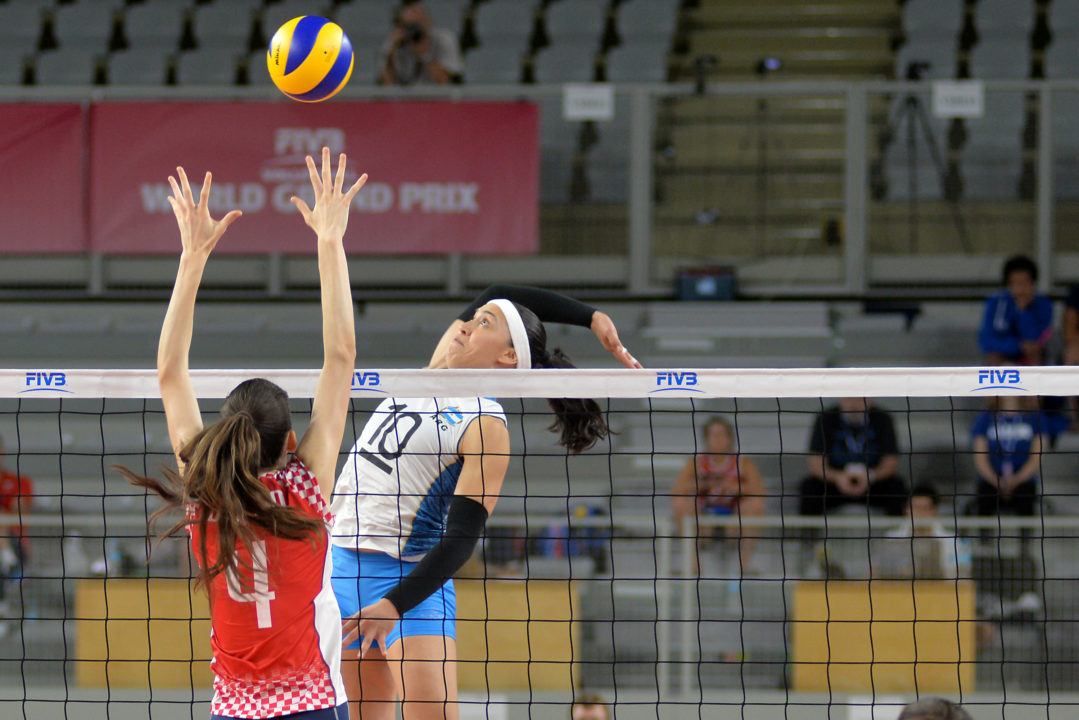 Argentina’s Emilce Sosa was the top scorer of the day with 28 points against Croatia, including 22 kills, five blocks and an ace. Current Photo via FIVB

The four teams that have already secured spots in the Group 2 final round continued their winning ways on Friday, as Germany and Czech Republic won in Pool G2 and Poland and South Korea secured sweeps in Pool H2.

Meanwhile, Pool I2 had the most competitive matches on Friday as Puerto Rico and Argentina shined in four-set victories.

Korea served up 17 aces in its win over Kazakhstan, including eight by Hye Seon Yeum.

Argentina’s Emilce Sosa was the top scorer of the day with 28 points against Croatia, including 22 kills, five blocks and an ace.