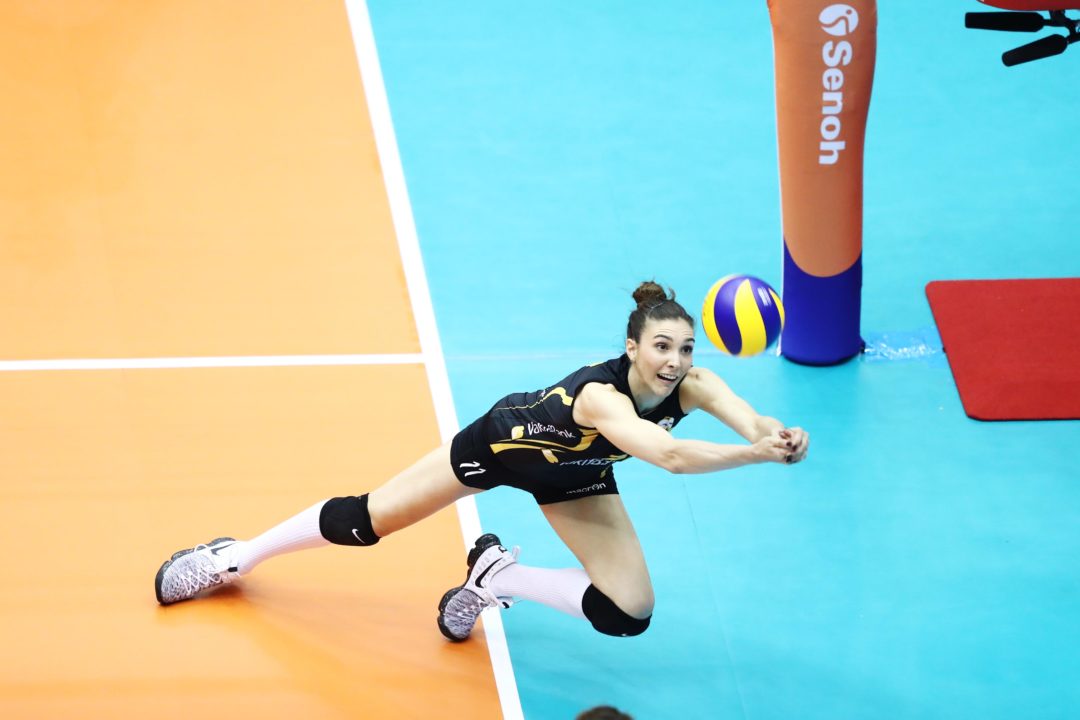 VakifBank Istanbul's starting setter Naz Aydemir is pregnant and will miss the summer international season and at least the start of the club season in the fall. Archive Photo via FIVB

VakifBank Istanbul, the two-time defending European Champions League winners, have begun to disassemble after a two-year run of club volleyball dominance. This year’s Champions League MVP Gozde Kirdar has retired, the team’s best player Zhu Ting is rumored to be receiving fantastical offers from leagues around the world, and now setter Naz Aydemir Akyol will miss next season as she’s expecting her first child.

Rumors swirled in late April that Aydemir was planning on sitting out a year while trying to have a child, and Aydemir confirmed that she was actually pregnant at the end of the season and the Champions League final 4 while pregnant (on her doctor’s approval).

21-year old Cansu Ozbay stepped in and set VakifBank to their second-straight Champions League title, scoring 3 points (2 kills/1 ace) in the electric semi-final win over Imoco Volley Conegliano, and then 5 points (3 aces/2 blocks) in the finals win over Alba Blaj.

This for sure leaves VakifBank without 2 of their starters to begin the 2018-2019 season, with more casualties possible. But, on the bright side, at least i the cases of Kirdar and Aydemir, they won’t have to worry about facing their former teammates.

The 27-year old Aydemir has played her entire career in Turkey since she was 14-years old, including with VakifBank since 2012. She’s also spent a decade as part of the National Team, including on both the 2011 and 2017 European Championship bronze medal squads and the 2012 World Grand Prix bronze medal team. While she played  in last year’s European Championships, she sat out of the 2017 World Grand Prix.