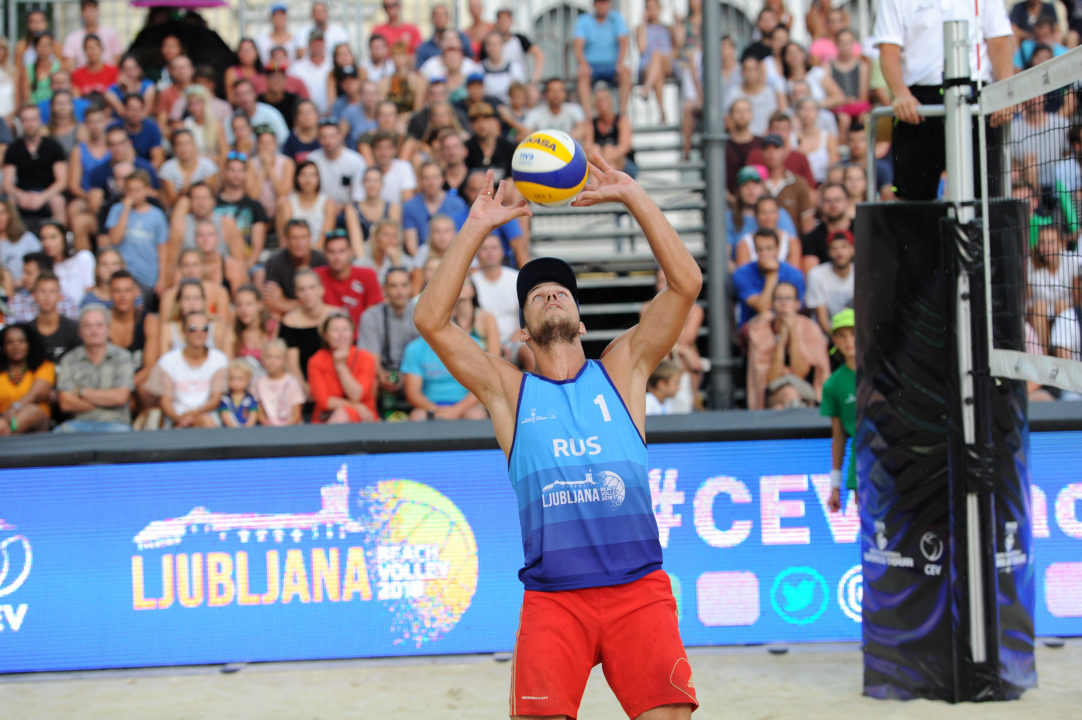 The recently ended FIVB World Tour One-Star event in Ljubljana was full of good-feel stories. But none were better protagonists than unexpected, coming from qualification, gold medal duo Taras Myskiv and Valeriy Samoday themselves. We’ve already told Taras’ story here, recounting how the European Tour and Championship snow gold medalist is making a name for himself in the sand as well. However, his partner Valeriy also has quite the interesting story. In Ljubljana, he celebrated his international comeback after a break of four years due to two changes in nationality. Here is how he reacted to the return (Cev.lu):

“The financial situation in the Ukraine was not so good and I could see little progress in the development of our sport. That was the reason why I wanted to create my future somewhere else, where I would enjoy better conditions for my career as a Beach Volleyball player. I received a proposal from the Kazakhstan Beach Volleyball national team to join them. Since a lot of Ukrainian players play Volleyball and Beach Volleyball there and they advised me it would be a good move for my career, I did not hesitate and decided to grasp the opportunity.”

However, Valeriy had to wait for two years to come back to the sand due to FIVB’s transfer legislation. In the meantime, he received another invitation to change alliance, this time from Russia. Since his wife is Russian, and the country itself is a volleyball powerhouse, it was an easy choice for him, but he then had to wait an additional two years, totaling 4 international seasons away from the sport, before being cleared to play.

“It is very difficult for any professional sportsman to be waiting so long and not being able to compete. I wanted so badly to return and now it’s just amazing to be back. I was a bit nervous before the first match, but I wasn’t afraid of anything.”

This man – Valeriy Samoday – hadn't played #BeachVolleyball internationally for four years, but, when he returned to the courts in Ljubljana, he made it count.
Read more about the Gold medalist: https://t.co/ryiDyFV3bu pic.twitter.com/Ziopv0SdzL