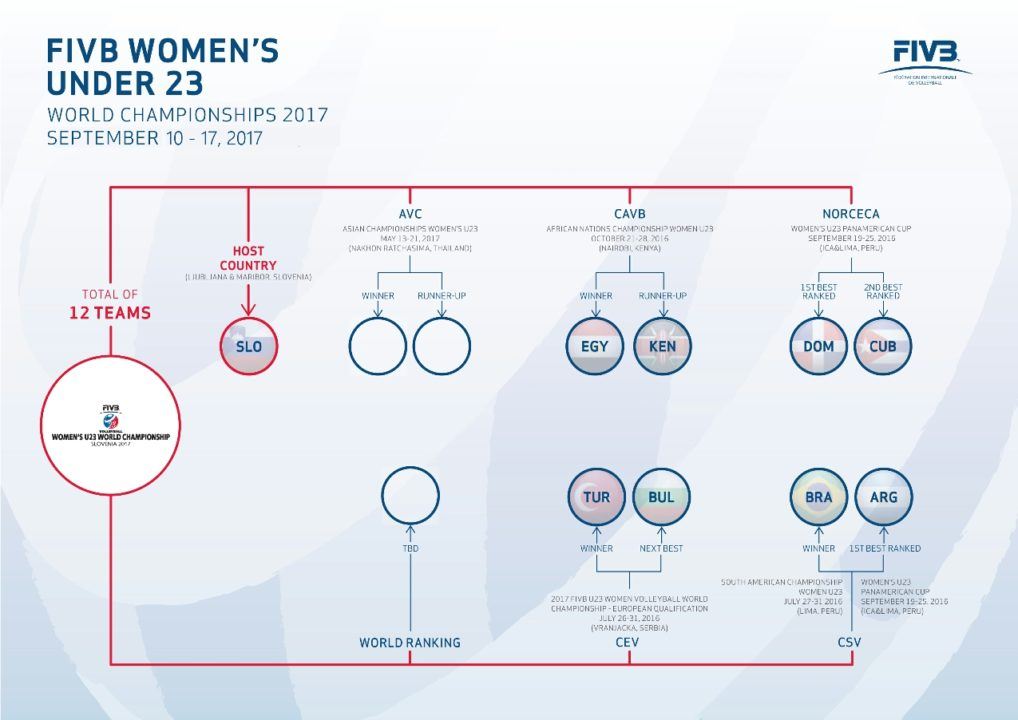 The sites for the 2017 FIVB Women’s U23 World Championships have been confirmed, adding anticipation for the event slated to... Current Photo via FIVB

The sites for the 2017 FIVB Women’s U23 World Championships have been confirmed, adding anticipation for the event slated to occur in mid-September.

Slovenia will be hosting the competition and has just picked two halls to be the venues for the 12 teams competing. The Dvorana Centre Stozice and the Sportna Dvorana Tivoli in Slovenia’s capital city of Ljubljana will serve as hosts for all matches during the World Championships.

The Centre Stozice holds a capacity of approximately 12,500 spectators and is no stranger to volleyball. During the year, the men’s team, ACH Volleyball, plays some of their home games at Centre Stozice. The venue also stands as the home court for the KK Olimpija basketball club which competes in the Slovenian and Adriatic League. Along with sports, the arena hosts concerts as well.

The second venue is the Sportna Tivoli, also known as the Tivoli Hall. The capacity of this venue is much smaller than the other, featuring an approximate 5,600 seats for spectators. It’s main use during the year is to host the KK Union Olimpija basketball games as well as the HDD Olimpija Ljubljana hockey games.

The competition was originally supposed to be held in both Ljubljana and Slovenia’s second largest city, Maribor. The teams will be split up into two pools of six, where the top two teams from each pool will be advancing into the semifinals and finals.

The U23 World Championship event in Slovenia is just one of six age-group world championships to take place this season.