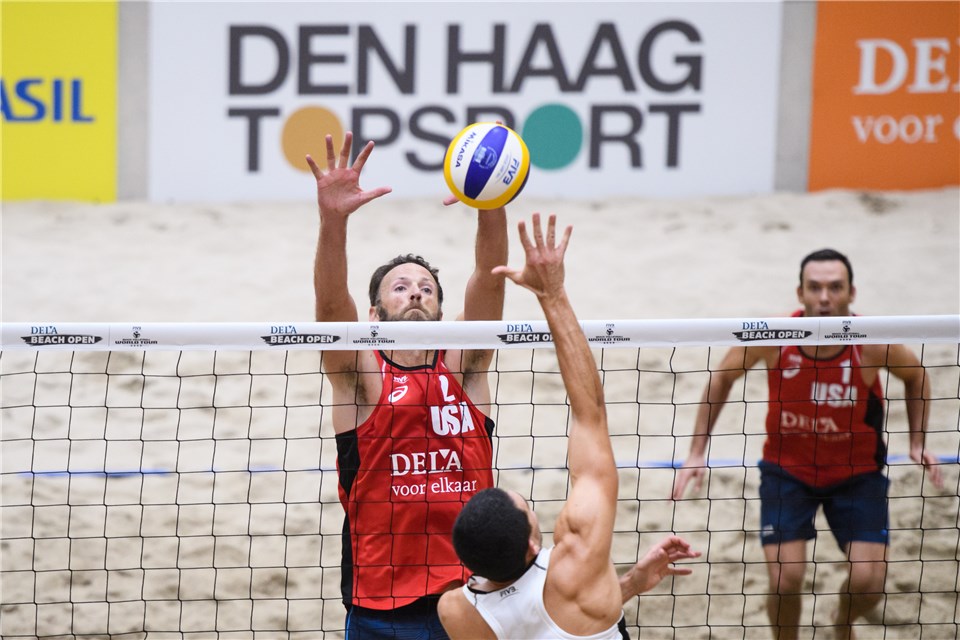 New American duos Casey Patterson/Stafford Slick and Billy Allen/Ryan Doherty were among the winners in the first round of pool play at the DELA Beach Open on Thursday. Current Photo via FIVB

After the opening round of pool play at the DELA Beach Open, the FIVB caught up with two of the three American men’s teams in the 32-team field to discuss their victories, playing beach indoors and their new pairings.

Casey Patterson and Stafford Slick said the difference in their win over their Polish opponents (Kapcer Kujawiak/Maciej Rudol) in the opening round of pool play was their energy and preparation.

The duo talked about positivity, excitement, chemistry, practice and execution in this video with the FIVB.

A highlight of the chat came when Slick shared that he was happy to be teamed up with Patterson instead of being beaten by him. He also talked about what he likes about his new partner’s game.

Later, Billy Allen and Ryan Doherty discussed their win over fellow Americans Bill Kolinske and Miles Evans, including how they made the adjustments to win in three sets, adjusting to playing indoors and to the new block touch rule.

Both pairs return to action Friday morning for the second round of pool play.