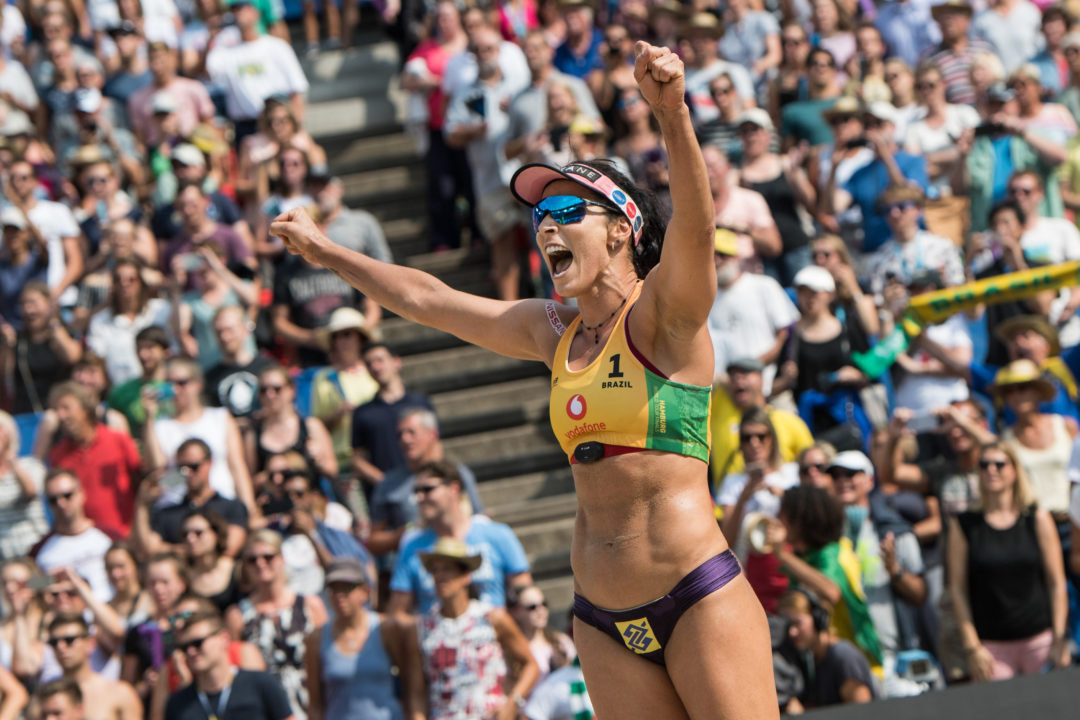 The 2018 FIVB World Tour Finals champions were crowned over the weekend. Watch some of the highlights from the championship matches.  Current Photo via Joerg Mitter/Red Bull Content Pool

The 2018 FIVB World Tour Finals champions were crowned over the weekend. Read a brief recap of each title match below and take a look at some of the highlights from the championship matches.

Brazil’s Agatha Bednarczuk/Eduarda ‘Duda’ Santos Lisboa posted a 21-15, 21-19 win over No. 2 Barbora Hermannova/Marketa Slukova for the FIVB World Tour Finals crown and the No. 1 world ranking on Sunday.

The victory marks the second World Tour medal for the pairing, which won silver in 2017, and the third for 35-year old Agatha, who also boasts a bronze from 2015. Alongside 20-year old Duda, Agatha has managed four podium finishes in 2018, including gold at home in Itapema (May 20), silver in Moscow (Aug. 12) and bronze in Warsaw (July 1). Out of their 11 tournaments, the pair was fifth of better nine times.

“It is a great feeling to finally win the top spot on the Hamburg podium,” Agatha said. “Duda is an amazing partner and she is so young. The win today caps a very good season for us as we prepare for the future.”

With the gold medal comes a $150,000 purse. According to the FIVB, by virtue of her half of the winning check, Duda becomes the youngest player to be awarded a “large” paycheck at 20 years and 18 days, snapping the record set by men’s FIVB Finals champion Anders Mol (21 year, 1 month, 16 days) on Saturday night.

Watch highlights from the title match below.

On the men’s side, it was the youngsters from Norway who claimed the gold medal, their fourth straight event title, including two Major titles and the CEV European Championship.

Watch highlights from the gold medal match below.