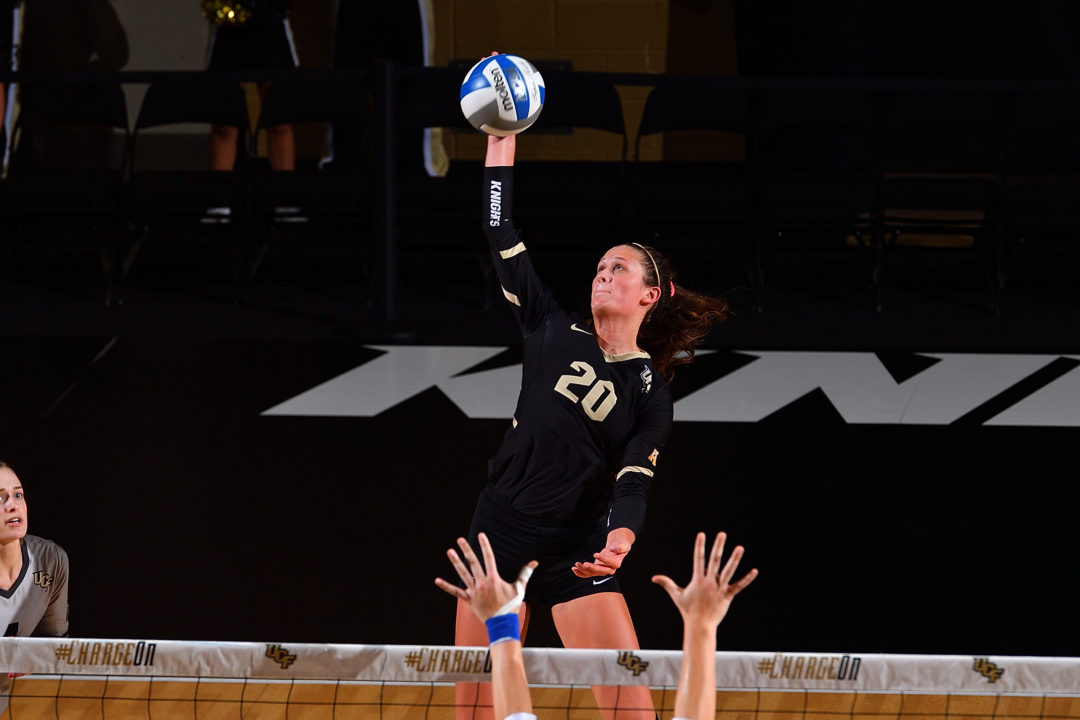 Freshman outside hitter McKenna Melville played a key roll in extending UCF's win streak to 17 matches with strong efforts on offense, defense and in serve reception en route to VolleyMob Player of the Week honors.  Current Photo via UCF Athletics

Freshman outside hitter McKenna Melville played a key roll in extending UCF’s win streak to 17 matches with strong efforts on offense, defense and in serve reception en route to VolleyMob Player of the Week honors.

Melville averaged 6.11 kills and 4.00 digs per set, while hitting .299 and making good on 95.4 percent of serve reception tries (62 of 65). The Eagan, Minnesota, native posted 27 kills and 20 digs while hitting .267 in a five-set win over Houston on Friday. She then downed a career-high 28 kills and 16 digs while hitting .339 in a 3-1 win over SMU on Sunday, notching her conference-best 16th double-double. For her efforts, the rookie also earned American Athletic Conference Offensive Player of the Week nods as UCF moved to 20-3 on the year and 11-0 in AAC play.

Averaged 7.14 digs per set in wins over Southeast Missouri and UT Martin; pulled up 28 digs in a four-set win over SEMO; added 22 saves and two assists in sweep of UT Martin; made good on 60 of 61 serve reception chances; OVC Defensive Player of the Week

Brooke Nuneviller, Oregon – Fr., L
Averaged 6.43 digs and 1.14 assists per set; notched 18 kills and two assists in a sweep of Arizona State; posted 27 digs, six assists and four aces in win at Arizona; made good on all 29 serve reception tries; Pac-12 Freshman of the Week