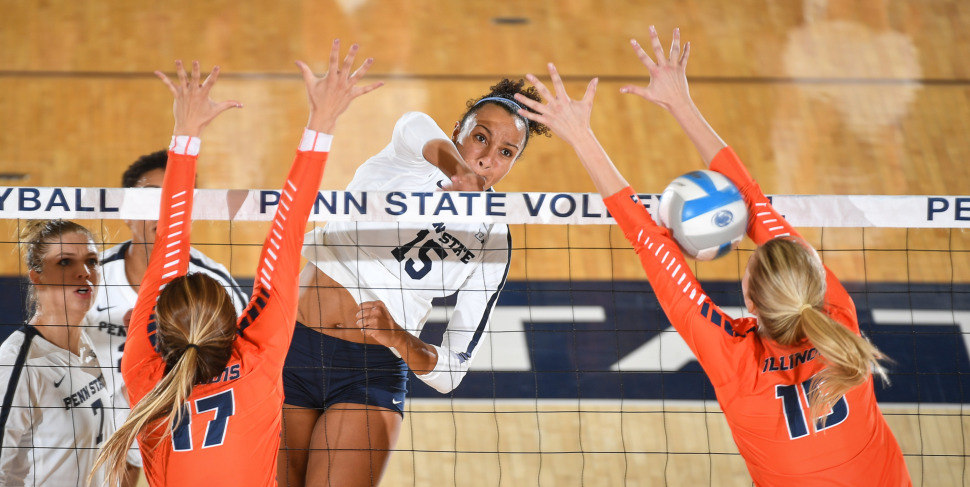 In 2017, Penn State senior middle blocker Haleigh Washington hit at a .492 clip, leading all of Division I.

In her career, the Colorado Springs, Colorado, native ranked third nationally in hitting percentage in 2015 (.442) and 2016 (.430). She would have been have boasted the top spot as a rookie in 2014 with a .463 effort but fell short of the NCAA minimum requirement of playing in two-thirds of the team’s sets in the season. Washington played in 79 of Penn State’s 127 sets (62 percent), posting a .463 hitting percentage, which would have finished ahead of Florida’s Rhamat Alhassan (.458).

The .458 clip ranks third all-time among players with a minimum of 1,500 attacks, behind Mann and Wilson.

In addition to joining the 1,000 kill club in 2017 alongside two other Nittany Lion players, Washington also joined the 500 block club. The combination made her one of just eight players nationally to belong to both elite groups.

The Nittany Lions were one of just two teams alongside N.C. State to boast three active 1,000 kill players in 2017