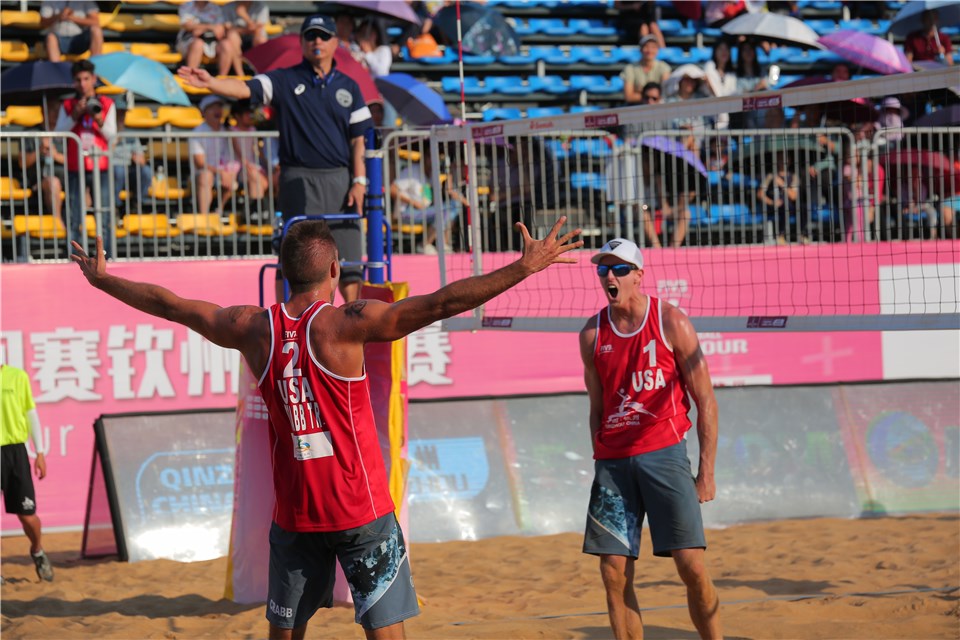 Ninth-seeded Americans Trevor Crabb/Tri Bourne will face Russia's Taras Myskiv/Valeriy Samoday in the men's gold medal match, in a rematch of a Pool H meeting. The tournament marks Bourne's return to the FIVB stage just a month after making his first AVP appearance in 18 months away with an autoimmune disorder.  Current Photo via FIVB

After four days of the play, the medal matches are set for the Qinzhou Three-Star.

The pair took on Czech pair Vaclav Bercik/Jan Dumek in the first elimination round, winning 21-12, 21-14. In Round 2, the duo took out fellow Americans, No. 6 Casey Patterson/Stafford Slick 21-14, 21-15. Round three brought Crabb/Bourne face to face with Russia’s Maksim Hudyalov/Ruslan Bykanov, a match the former squeaked out 28-26, 21-18 to earn the semifinal berth.

Once in the semis, the Americans won their fourth straight match via sweep, besting Koekelkoren/van Walle 21-17, 25-23.

Bourne has had quite the year, coming back from an autoimmune disorder after an 18-month layoff to play in three AVP tournaments beginning in Manhattan Beach. The duo finished seventh in Manhattan Beach, fifth at the AVP Gold Series Championships in Chicago and tied for third at the Hawaii Invitational. The Qinzou Three-Star is Bourne’s first FIVB effort since the World Tour Finals in Toronto in September 2016.

Crabb meanwhile played with Sean Rosenthal in 2017 and at the 2018 season-opening Hague Four Star. He also teamed up with Skylar Del Sol and John Mayer in 2018 on the international stage before Bourne’s return.

Myskiv/Samoday began in qualifying, with the duo besting Australia’s Paul Burnett/Maximilian Guehrer to earn a spot in the main draw. The pair then won Pool H, topping No. 8 Kusti Nolvak/Mart Tissaar of Estonia in tiebreak to kick off the tournament (20-22, 24-22, 15-5) and besting Crabb/Bourne in straight sets to earn a free pass to Round 2. Tiebreak wins over Serbia’s No. 2 seed Stefan Basta/Lazar Kolaric (21-15, 17-21, 15-11) and Ukraine’s Sergiy Popov/Iaroslav Gordeliev (14-21, 21-18, 15-8) sent the Russians to the semifinals.

A straight set win over Durant/Schumann set up the finals rematch with the Americans. Samoday/Myskiv are in just their third tournament together after winning the the Ljubljana and Vaduz One Stars titles in August.

“It was our third game for today and we are really tired, but I am happy that we are in the final,” Myskiv said. “It’s been a good year for me, but this is only my second 3-star tournament.”

Both pairs played three matches on Wednesday to earn the finals berth. 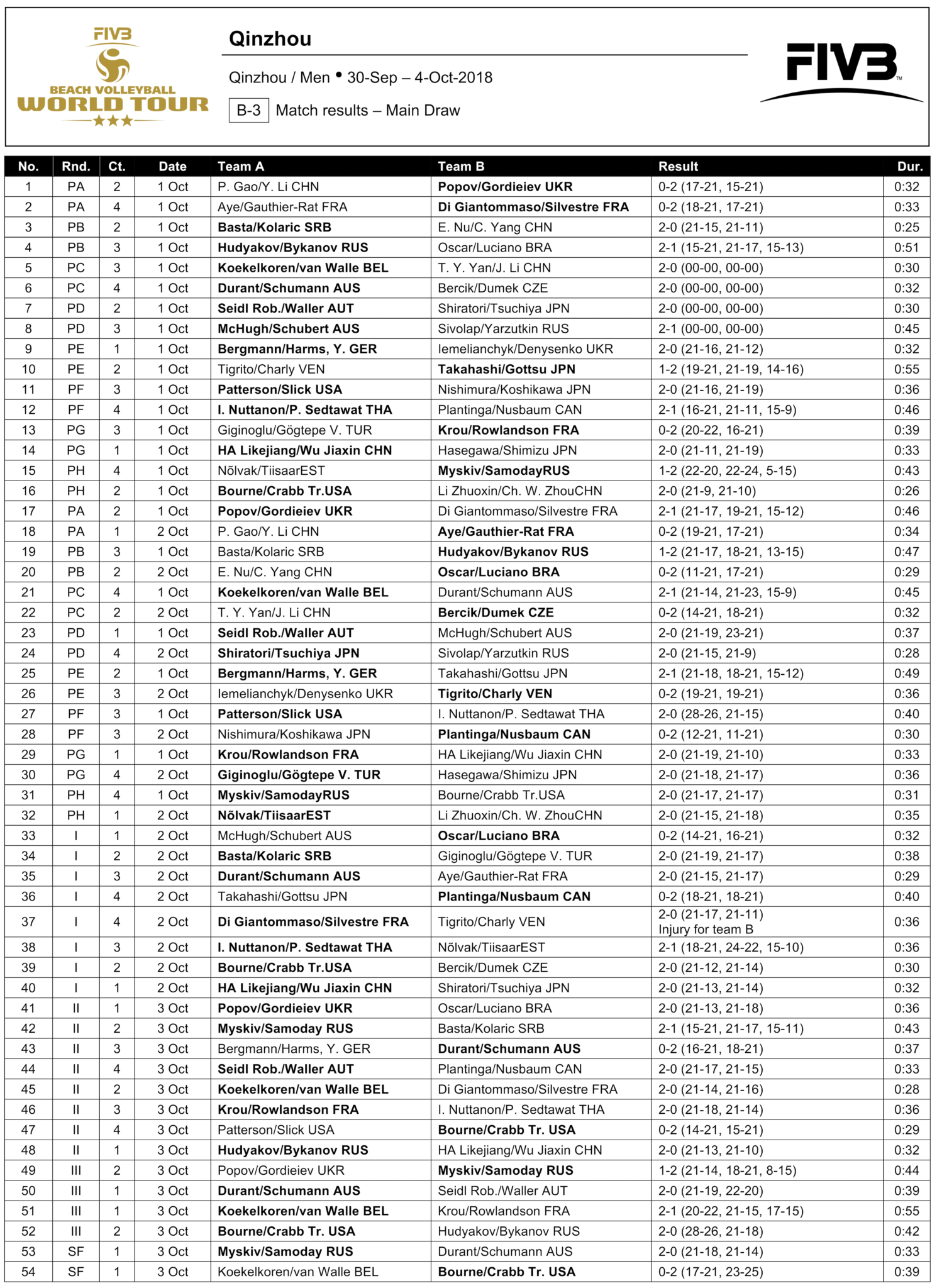