WATCH LIVE: South Korea vs. Russia Battle for the Bottom of the Table 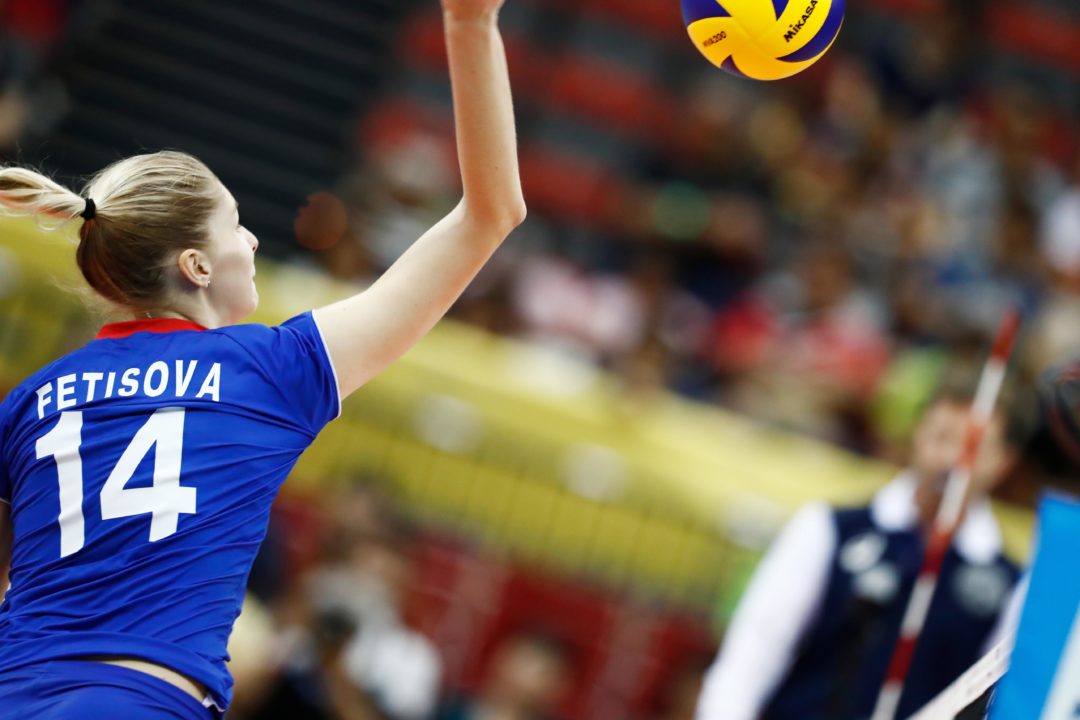 Russia (above) and South Korea will fight to avoid marks of futility on the final day of the 2017 FIVB Women's World Grand Champions Cup. Archive Photo via FIVB

While undefeated, 4-0 China has already locked up the title at the 2017 FIVB World Grand Champions Cup, in an exclusive tournament that only invites the world’s best teams, there are always plenty of bragging rights to be played for.

Thus will be the case on Sunday’s final day of competition when Russia and Korea, currently the two bottom teams in the competition, face off in Nagoya.

For Russia, there is still a chance to catch Japan for 4th in the single round-robin format tournament, where each of the 6 teams plays each of the other 5 teams once. If Russia were to sweep South Korea 3-0 (Korea hasn’t won a set yet in the tournament) or win 3-1, and China were to beat Japan 3-0 or 3-1, then Russia would jump Japan for 4th place.

The disparity this week shows how little parity there is in global women’s volleyball right now. While Korea was the team that was least-expected-of coming into the field, they’re actually the 10th-ranked team in the world, and made the quarterfinals at last year’s Olympics. For the 10th place team in the world to be unable to win a set against #1, #2, #4, #5, and #6 would be shocking.