Where to Watch the 2016 NCAA Volleyball Sweet 16 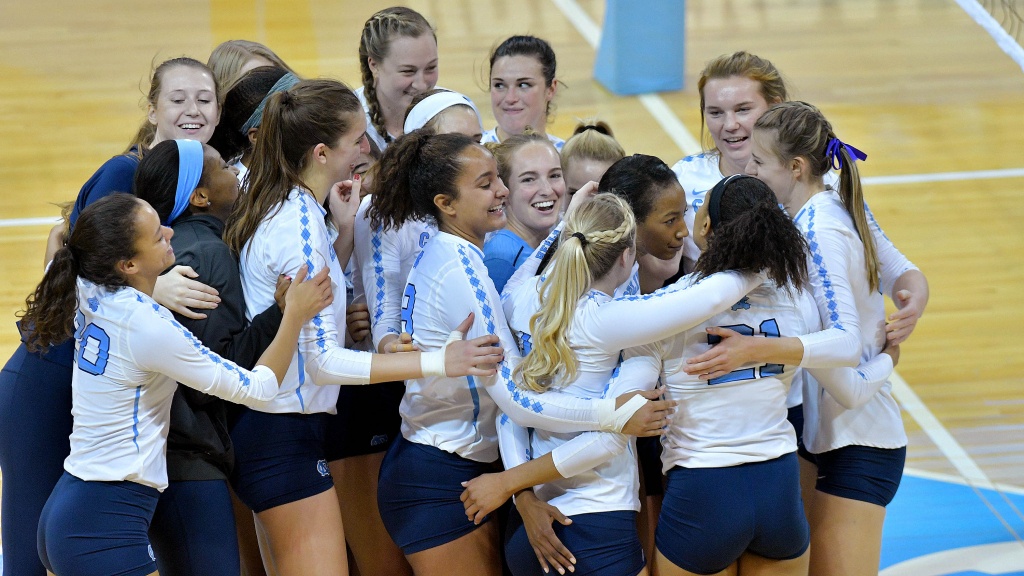 When the 7th-seeded North Carolina Tar Heels finish their Sweet 16 game against UCLA, it will be after 1AM in their native Eastern Time Zone. Archive Photo via UNC Athletics

The Sweet 16, more formally the “Regional semi-finals,” have arrived in the 2016 NCAA Division I Volleyball Championship tournament. As the name implies, there are 16 teams left, including 12 of the original 16-seeded teams.

Action will kick off this Friday, December 9th, when #1 seed Nebraska plays #16 Penn State in Lincoln. Arguably the two most prolific and historic teams in NCAA history, the now-Big Ten rivals will begin a full-day of back-to-back games, finishing in Minneapolis when 7-seed North Carolina plays 10-seed UCLA on Friday evening in Minneapolis.

Then, on Saturday, the Elite 8 will be played – with the winners advancing to the Final 4 in Columbus, Ohio the weekend after.

Normally, there’s a west coast team in play to make the time scheduling a little easier. But, with all four regional hosts playing in the Central Time Zone, Minneapolis games will be held rather late. That could come into play when 7-seed North Carolina plays 10-seed UCLA – for the Tar Heels, the game will end after 1AM in East Coast ‘body clock’ time. For UCLA, it will only be around 10PM in ‘body clock time’ when the final point is played.

See the full schedules, along with where to watch the games below.

Note: ESPN3 is ESPN’s streaming service. Most cable and satelite subscribers who get ESPNU also have access to ESPN3 online, or through their phones on the WatchESPN app.

*indicates regional host. Times are all listed in Central Standard Time, which is local time for all 4 regionals.