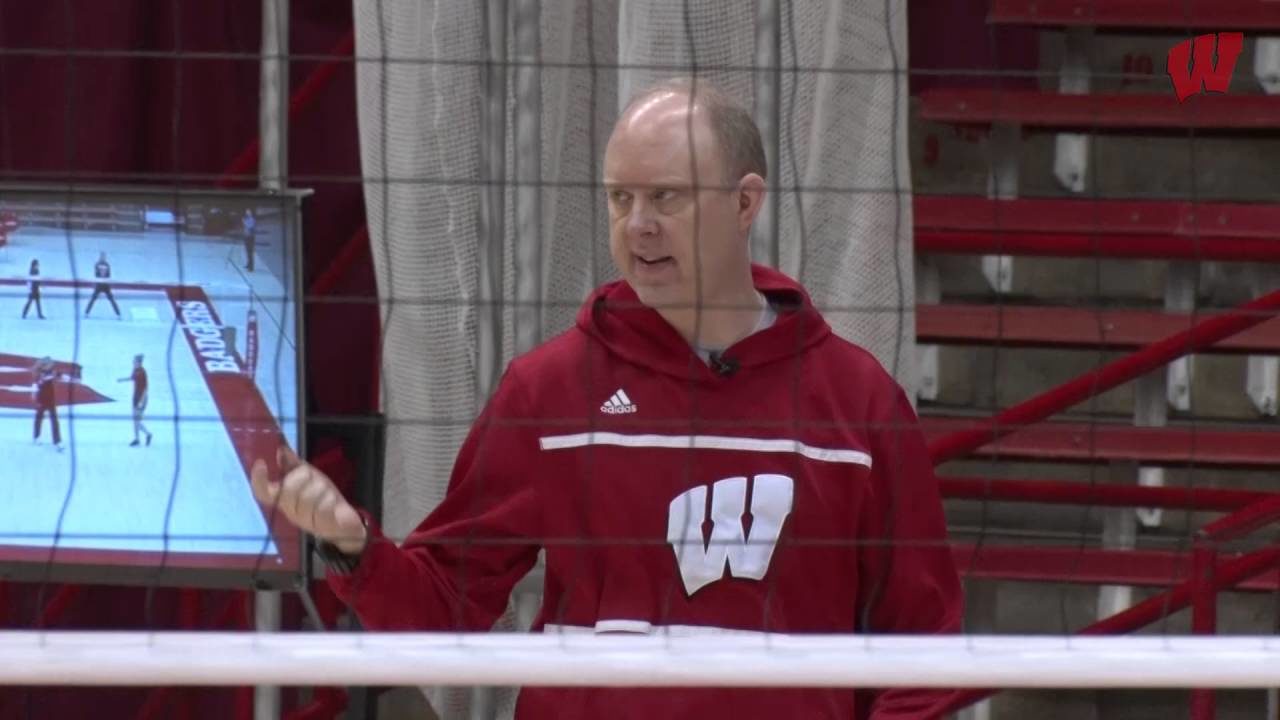 As the Wisconsin Badgers prepare for their Sweet 16 matchup with the defending NCAA Champion Stanford Cardinal on Friday, head... Archive Photo via Wisconsin Athletics

As the Wisconsin Badgers prepare for their Sweet 16 matchup with the defending NCAA Champion Stanford Cardinal on Friday, head coach Kelly Sheffield sat down for his weekly Monday afternoon press conference to break down that matchup and talk about his team’s season.

The team will depart for the Bay Area on Wednesday, arriving well ahead of their Friday match. That will be important, because the Badgers will be playing very late according to their bodies’ natural rhythms. The Wisconsin-Stanford matchup starts at 8PM California time, which is 10PM in Wisconsin.

Sheffield says that their next round opponent, Stanford, looks pretty similar to last year’s team – even with a new coach, Kevin Hambly, in charge. The Cardinal won the NCAA Championship last season, the youngest team to ever do so, and then their coach John Dunning retired. Sheffield is familiar with Hambly as they coached against each other in the Big Ten while Hambly was at Illinois. He says the biggest improvements for this year’s Stanford team that he’s seen is that their blocking has gotten better, and that they’re hitting out of the back row more often.

Of his own team, Sheffield said that they’ve responded well to pressure this season, especially as a young team. He highlighted his freshman Dana Rettke, who set a record with 8 Freshman of the Week honors this season in the Big Ten.

“One thing that I’ve been really impressed with is that our younger players, they’ve stood tall when they’ve gotten pushed, they pushed back, they haven’t gotten smaller,” Sheffield said. “They enjoy being in big moments. I think that they enjoy it…when they get knocked down they have no problems getting back up and being aggressive. I love the mentality of our young players, it’s very different than how a lot of young players go about things.”

Wisconsin will play Stanford at 11PM Eastern Time (10PM Wisconsin Time, 8PM Stanford time) on Friday, with the winner advancing to the Elite 8 to play the winner of Utah vs. Texas.