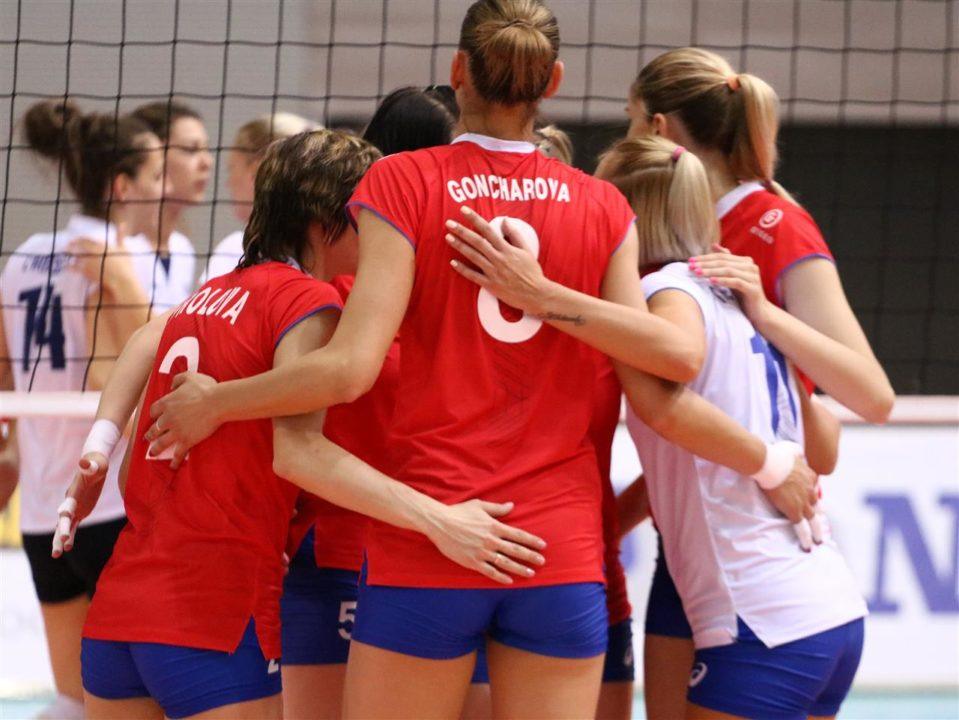 Tickets to the elimination portion of the women's European Championship that are set to begin this week have gone on sale.  Current Photo via FIVB

Tickets to the elimination portion of the women’s European Championship that are set to begin this week have gone on sale. All matches for these matches will be played at the National Gymnastics Arena in Baku, Azerbaijan. Both Azerbaijan and Georgia are co-hosting this year’s women’s EuroVolley tournament.

In addition to the elimination matches, Pool’s A and C will also play their matches at the National Gymnastics Arena throughout pool play. The elimination portion will contain the playoffs, quarterfinals, semifinals and the medal matches.

Teams competing in the final round of the championships are:

Pool A – Azerbaijan, Germany, Hungary, Poland
Pool B – Belarus, Croatia, Georgia, Italy
Pool C – Bulgaria, Russia, Turkey, Ukraine
Pool D – Belgium, Czech Republic, Serbia, the Netherlands Georgia, and the Ukraine are all making an appearance in the finals after not

Georgia and the Ukraine are making an appearance in the finals after not entering into the field in the previous edition. Georgia enters as a host country and finished 35th in 2016 while the Ukraine finished in 18th. The Ukraine has been making strides in the volleyball world this summer/year, improving five positions in the newest CEV rankings.