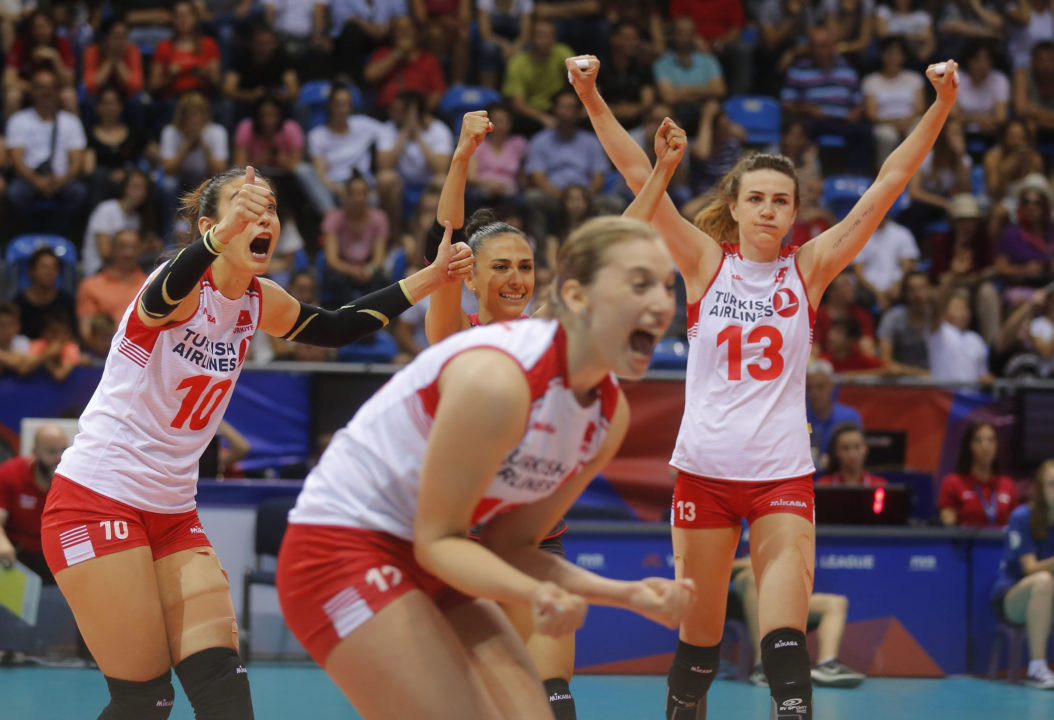 This pool features just one team who would currently advance on to the next round and even then, Turkey is the last one who would make it in. For their sake, they will be looking to take care of the competition that ranks below them in the event while Russia, the team most tight with them, faces a tough path this week in Pool 14.

Behind Turkey, South Korea and Japan are still in striking distance, expecially considering that the only 5-win team in between them and the six-win nations is already in the final round as hosts (China). When you add up Russia’s tough slate this week and the fact that Korea and Japan have the ability to knock of Turkey, it’s a wonderful opportunity ahead.

That chance doesn’t work for Thailand, who has struggled to a 2-7 mark thus far. Another win though would likely keep them out of the bottom two or three overall as they look to finish strong.

Turkey will obviously be the favorite in this pool based on the standings, but according to world ranking they would come in third. That doesn’t change the fact that they could be the best team in the grouping, but the point is that the difference between at least the top three countries in Pool 15 isn’t a wide gap. Therefore, we should have competitive matches and it wouldn’t be surprising to see a three-way tie at 2-1 atop Pool 15.

The biggest thing that Turkey has going for them is their team balance. They do have some stars to lead the way and don’t have as much depth as a team like Netherlands or Brazil or the United States, but they do have five legitimate scoring options. That has pushed them to a 6-3 record thus far after a hot 3-0 start that included a win over Team USA. They went 1-2 after that but following a 2-1 week, they look prime for another strong three-match spurt.

The Asian sides joining Turkey are led by Japan and South Korea. If the pool were to see a classic 3-0, 2-1, 1-2 and 0-3 format from the quartet of teams and we assume that Turkey was the 3-0 nation, then the difference between 2-1 and 1-2 for Japan/South Korea could essentially be elimination from the playoffs. That is because a 1-2 week sends either team to 5-7 headed into the final week while the 2-1 team would be 6-6. Therefore, highlight the match between Japan and Korea.

Rounding out the pool is Thailand. They’ve got some nice youth to lead the way, but this is still a bit of a learning experience. They won’t be favored in any of the matches and could be prey for the others who are in playoff contention, but one win would not only serve as a big hit to the team they would defeat but also a nice step forward.