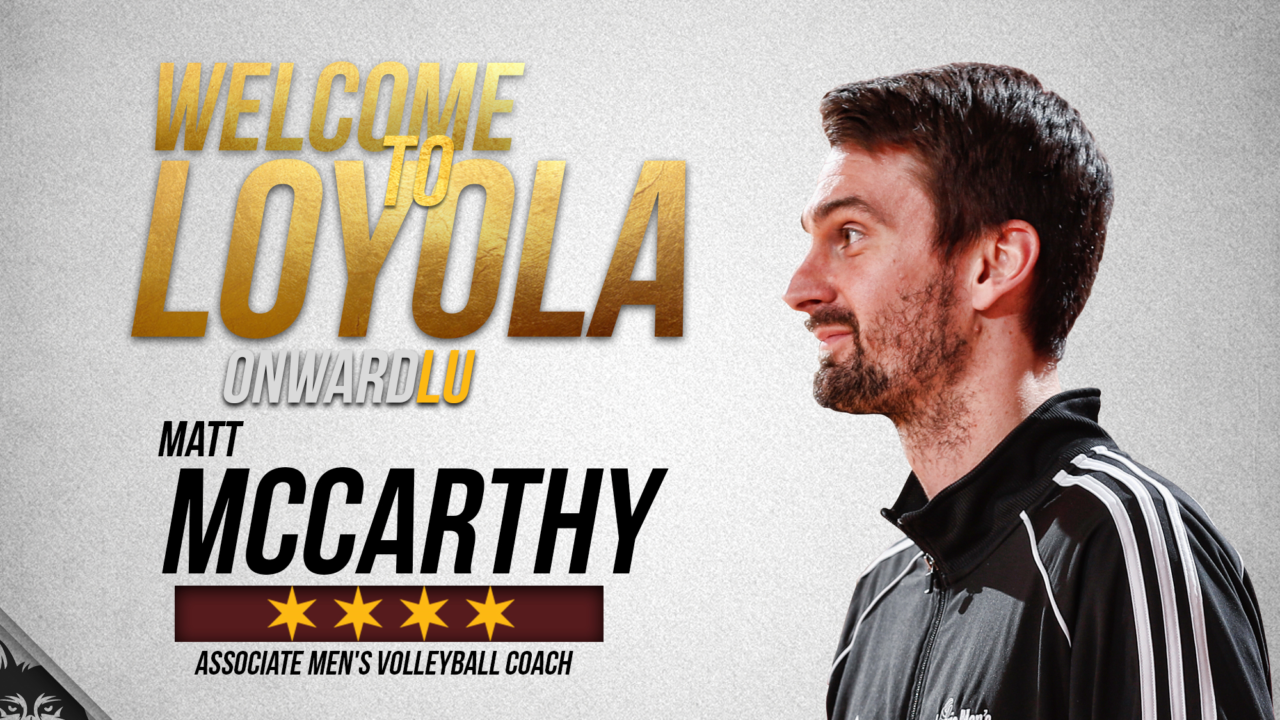 CHICAGO – Matt McCarthy, who has spent the last nine seasons on the men’s volleyball staff at Lewis, has been named associate head coach at Loyola University Chicago, head coach Mark Hulse announced today. In nine years at Lewis, the Wheaton native helped the Flyers to 196 victories, six 20-win seasons and three trips to the NCAA tournament.

“Matt has proven to be one of the best coaches in our game and we couldn’t be more excited to have him on our staff,” Hulse said. “He’s found success both as a coach and as a player and he has a true passion to learn, innovate and develop young men and volleyball players in a mission-driven environment.”

One of the top young coaches in the sport, McCarthy, who in 2015 was hailed as the American Volleyball Coaches Association National Assistant Coach of the Year, has helped develop 22 AVCA All-America selections and 41 All-Midwestern Intercollegiate Volleyball Association student-athletes. In 2015, he played a key role in piloting Lewis to the NCAA championship match before falling to Loyola in an epic five-set thriller. With McCarthy on staff, Lewis never won fewer than 19 contests in a season and claimed at least a share of the MIVA regular season crown on three occasions.

McCarthy graduated from Ball State, where he starred on the Cardinals squad, in 2009. The middle attacker was a two-time All-MIVA selection, twice ranking in the top ten in the nation in hitting percentage.

Loyola finished the 2018 campaign with a 23-7 overall record and shared the MIVA regular season title. The Ramblers welcome back three starters plus their primary libero from last year’s team that posted the program’s most wins since 2015.