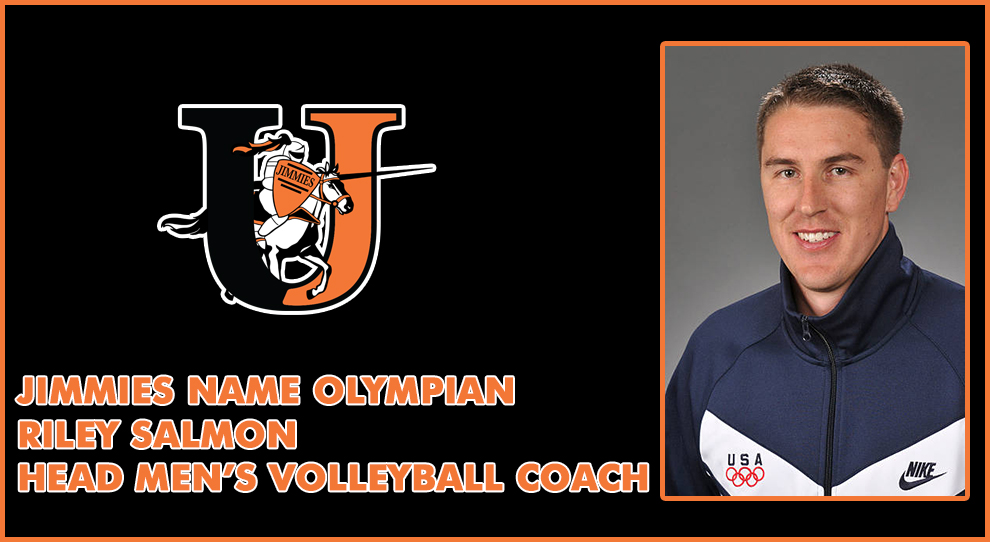 The University of Jamestown has named 2004 and 2008 U.S. Olympian Riley Salmon as their new head coach. Current Photo via Jamestown Athletics

Less than a month after announcing the addition of a men’s volleyball program, University of Jamestown has announced their first head coach. Riley Salmon, who was a member of the gold-medal-winning U.S. Men’s Olympic volleyball team at the 2008 Olympic Games in Beijing, will lead the men’s team into their inaugural season in the spring of 2020.

“I’m extremely excited to bring the USA volleyball culture to such a unique university,” said Salmon. “We will approach the game in a very ‘blue collar way’. We will be putting our hard hats on and grabbing our lunch boxes in preparation to get better every day. I can see the University of Jamestown being an elite force in men’s volleyball in the near future.”

The team’s addition to Jamestowns’ offerings came a few months after the NAIA announced that it would sponsor its first official men’s volleyball national championship next season. The school competes in the GPAC, which at present doesn’t sponsor a men’s volleyball championship, but does have 3 other teams (Briar Cliff, Dordt, and Morningside) that offer the sport.