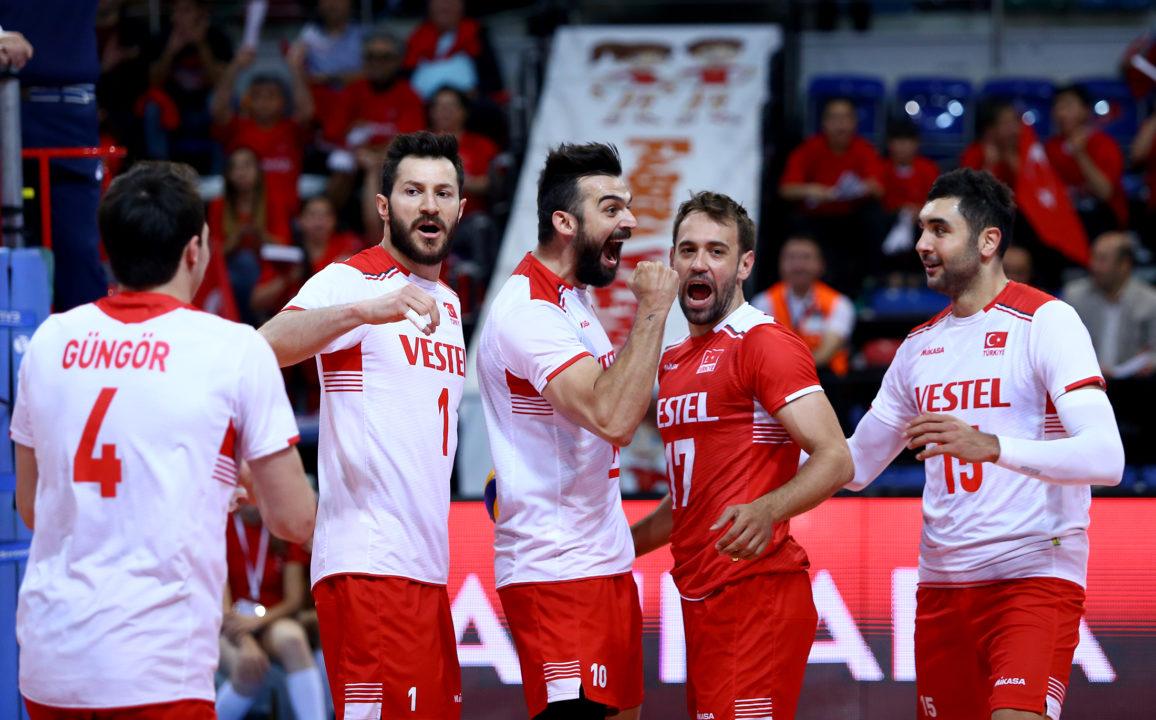 Turkey and Estonia are the lone 3-0 teams left in the Golden League at the 2018 Men's European Volleyball League. Archive Photo via FIVB 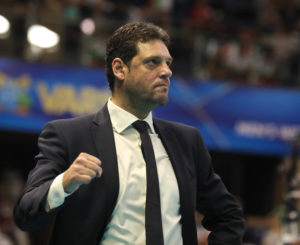 The move comes after the team finished 11th at the World Championships in 2018 that they co-hosted with Italy.

Each nation has played three matches now, with still three to go in pool play. That will determine the Final Round to come after that in about a week and a half. Full analysis, standings and the schedule that sits ahead can all be seen below by each pool.

According to the FIVB World Rankings, Belgium (#15) should be the favorite in this pool, with Slovakia (#26) behind. However, Estonia (#32) has taken the event by storm and worked their way to a 3-0 record, notably downing Belgium in each team’s second match. Their most trouble actually came against Sweden, who now at 0-3 won’t have a chance of winning the pool. Slovakia needs to win out this week while Belgium will look for revenge on Estonia if either nation has a chance of taking the pool.

With the current standings in place, the highlight match ahead is obviously between Belgium and Estonia. That comes on June 3. It will also be important for the top teams to continue taking care of the bottom half, because even in losing the pool there is an opportunity for the top team who didn’t win their pool to make the final four if Czech Republic won theirs – although that is currently not happening.

Turkey finished off a perfect week on Sunday by taking down Slovenia, pushing their opposition to an inverse record. Sitting in the middle is Ukraine and Netherlands, who both have shots at coming back. It will be more difficult for the Dutch side after a 1-2 week, but both of their losses came in five and it wouldn’t take too much for them to turn it around with a three-win week. Even if that happened though, they would need help with a Turkish loss to Ukraine or Slovenia. Still, the top three in this pool appear very close together in terms of competition, and while Turkey will look to keep rolling, they will have more challenges from Ukraine and Netherlands.

Every match and result is obviously important, but it seems like at this point it will be hard for Slovenia to scratch a tally across the win column. Assuming that happens, the remaining schedule will therefore come down to the top three meeting again. The May 30 match between Ukraine and Netherlands may serve as an elimination match for the Dutch or their chance at redemption. If the Ukrainian side wins though, that would likely set up a match with the top two in the pool on the final day (June 6) between Ukraine and Turkey.

No pool has been more chaotic thus far than Pool C of the European Volleyball League – in both the men’s and women’s sides. Every team has won at least one match, and all teams are still in striking distance of claiming the pool title. Per the world rankings, Finland would have the highest trust as the top ranked team in the pool, but it definitely seems as if the set or points tiebreaker could come into play in Pool C. Also adding to the interest is that Czech Republic already has a spot in the elimination round wrapped up since they are the hosts of the final four.

The highlight match in the second go-around will be Finland and Portugal. The Finnish side sits ahead on tiebreaker right now, but it was actually Portugal who gave Finland their lone loss. It was a great five-set match too, so beyond the implications should be quite entertaining. That occurs on June 3. Still, with as close as everything is, all of the matches will be critical down the stretch. The very last day on June 6 should be the final determining factor unlike some other pools that may be wrapped up by then.

The Latvians haven’t just been the top team in Pool A of the Silver League, but have dominated the competition by winning nine of 10 sets and owning a point ratio of over 1.4. Austria has worked themselves into a good spot to still contend with them and were the only team to nab a set from Latvia, but it will be tough work from here and likely require a 3-0 week ahead where they also rack up a ton of sets since they could need the tiebreaker as well. Of course, Macedonia is in fine positioning regardless as the Final Round host and will be using these final three pool matches as a tune-up for the final four.

Austria and Latvia met in each team’s very first match of this tournament, and sure enough with likely the pool on the line they will meet again on the final day of pool play (June 6). As long as each side takes care of business like they already have, that could be for the pool, and it will be known exactly what each team would need to clinch the bid to the Final Round. In order to get to that point, Austria must clear the hurdle of Macedonia, who battled them to four sets (including a 33-31 fourth) to wrap up the first set of matches. An upset there would surely open the path for Latvia to claim the pool.

As the standings show, Croatia and Belarus have established themselves as the top two teams in the pool. Beyond that, they have completely dominated the other two teams and appear to only be challengers to each other. In fact, both nations won all six sets against Albania and Hungary and only lost sets in the head-to-head meeting. It seems likely that continues into the second portion of matches and one of the two wins the pool.

Of course, tacking on to the conversation of Croatia and Belarus being the clear-cut front runners will be when they play for their second and final time. That occurs on June 2, which seems to be a common theme for an important day among the several pools. Albania technically still has a shot, but will have to win out and get some help. It will be seen right away if they can turn it around or not on May 30 against Belarus.