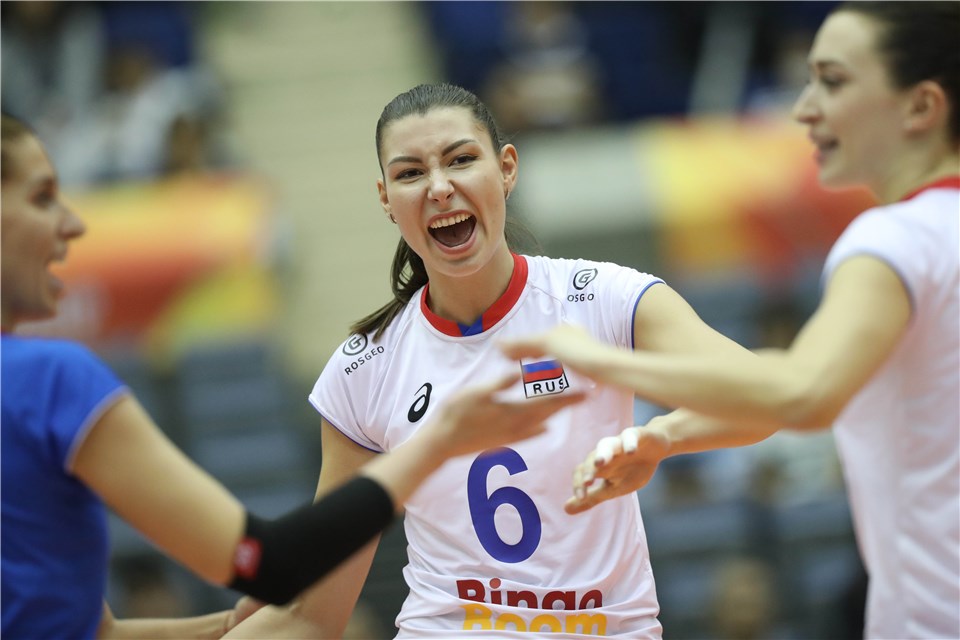 There is no doubt in anyone’s mind that Russia’s recent 8th place finish at the FIVB WCH was beyond disappointing. Winners at 7 of the competition’s 17 editions, including podium finishes at 13 of them, the Russian team waltzed to their worst ever WCH performance in Japan.

The team’s problems were many, ranging from injuries, to lack of depth and chemistry problems. However, even amid such a disastrous run, it is uncommon to hear national team players throw any kind of shade at their coach. But that is exactly what experienced middle blocker Irina Koroleva did to Vadim Pankov:

“I will express my opinion. We are all responsible for the result, and first of all I am dissatisfied with myself, but I did not have enough help from the coach in the games. In the club, in Kazan, I was more comfortable in this regard than in the national team this year.

Yes, Nataliaa Goncharova was injured, laying burden on Ksenia Parubets and Ira Voronkova, and they stood in for her well. But we finished in 8th place. And I want to win. I really want to. I wanted to feel my strength and power, and we also had nuances with physical training. It seems that everyone says that it was a matter of injuries, that we fought very hard, and that our game looked very optimistic this year. But if nothing changes, then somethings needs to be understood: at today’s level of volleyball in the world, such and such is not enough. It is necessary to carry out a great theoretical, tactical, physical work.

For example, the Italian team excelled in defense not only because its players read the game, but also because the coach meticulously helped them, told them from what position to start the movement, explained what and how to do these questions. And we sometimes had questions for which there were no concrete answers. It was a bit embarrassing, there was nervousness.”

Pankov was announced as head of the Russian national team in January 2018. He inherited the team under dire circumstances, as it was coming out a horrible 2017 campaign. Previously, the squad was being coached by Vladimir Kuzyutkin, who kept the job for only 7 months, and was fired on the eve of the 2017 CEV Europan Championship, with his assistant, Konstantin Ushakov, being vaulted into head coaching duties. However, a pitiful performance on the tournament all but destroyed his chances of continuing at the national team’s helm.

Due to its historical prowess, head coaching duties in Russia’s female national team is a highly scrutinized position,drawing a lot attention from the media. The pressure and expectations are so great, that many believe that it led to coach Sergei Ovchinnikov’s suicide. Ovchinnikov, who was the team’s coach during the 2012 Olympic Games, committed suicide three weeks after the team lost to Brazil at the tournament’s quarterfinals.