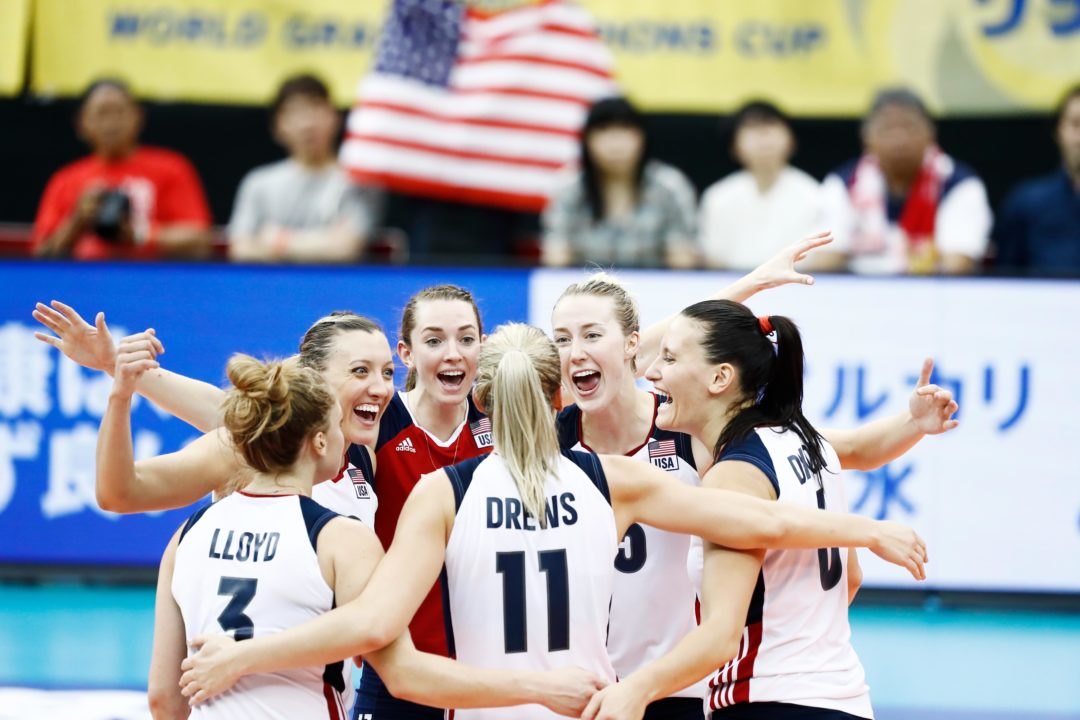 The 2018 Women's World Championships have decided 17 of their 24 spots so far for next year's competition. Current Photo via FIVB

The 2018 Women’s World Championships have decided 17 of their 24 spots so far for next year’s competition. The remaining six vacancies will be determined at events that will take place in the NORCECA, South American and CAVB regions over the next few weeks.

Already qualified are hosts Japan and Team USA as the defending champions of the tournament. Europe claims a tough lineup at the competition in Russia, Serbia, Turkey, Italy, Azerbaijan, Germany, Bulgaria and the Netherlands.

From South America, Brazil has already claimed one of the two spots allotted for the federation. The Brazilian team earned their ticket to World at the South American championships.

Asia also has plenty of qualified teams set to compete as China, Kazakhstan, Thailand and Korea all earned their spots through two separate Asian qualifier events.

From the NORCECA region, the first of three qualifiers has concluded this past week with Cuba and Canada staking their claim at the tournament with two of the six NORCECA bids.

The African federation has two spots to fill for the tournament and will do so at the African Nations Championships from October 7-14. The final South American slot will be filled as well at the South American qualifiers, where Peru, Argentina, Colombia and Uruguay will fight it out for a bid. Finally, NORCECA will play out their final two pools from October 13-15 in round robin tournaments. 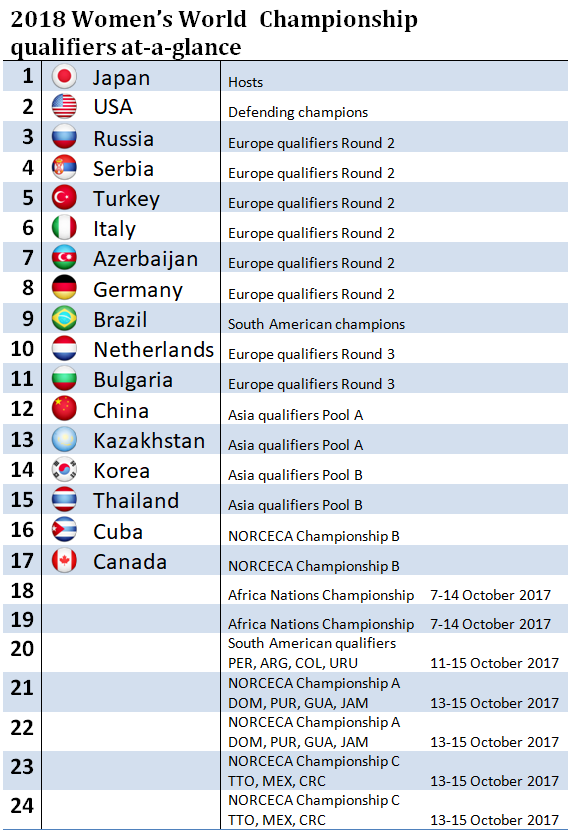