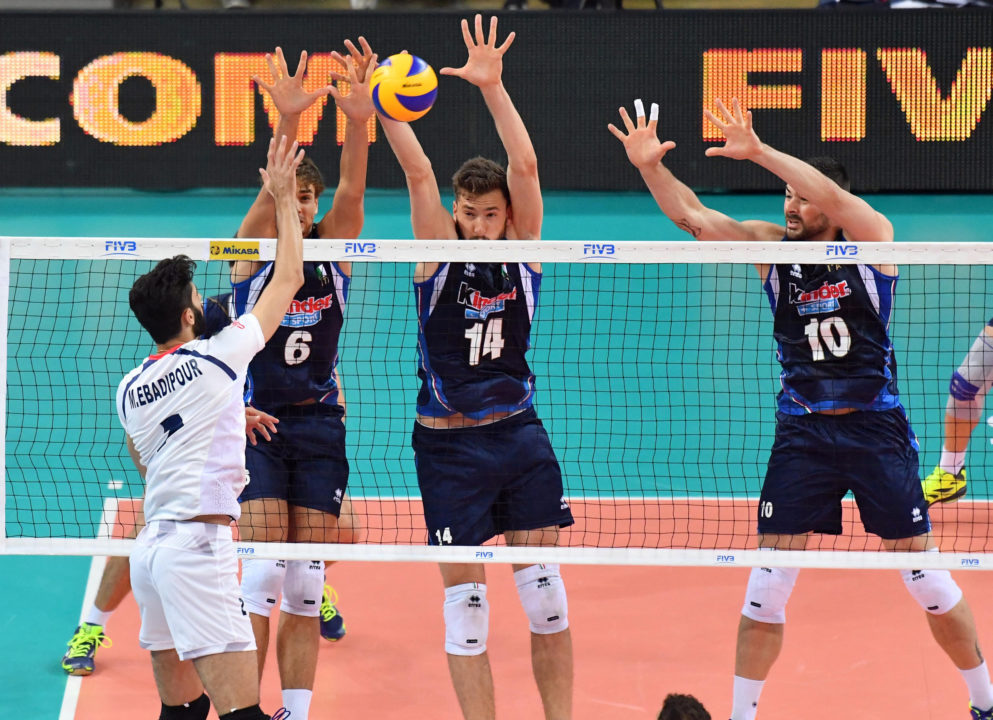 The 2018 Men's World Championships are just under one year away from now, and the FIVB has announced the tournaments overall formula - how matches will take place.  Current Photo via FIVB

The 2018 Men’s World Championships are just under one year away from now, and the FIVB has announced the tournaments overall formula – how matches will take place.

The first round of play will consist of four pools of six teams that will play in 15 matches. The first four teams in each pool will advance to the second phase of the tournament – they will keep their overall point total going into the second round of play.

The second phase holds another four pools but only four teams with six matches to be played. To advance to the Final Six of the tournament, a team must win their phase two pool with the final two teams being determined by the second best finisher in the Italian and Bulgarian pools.

The Final Six will be conducted identically to that of the 2017 World League, where the teams will be shuffled into two pools of three teams with each team playing each other over three days. The top two finishers of each of these pools will advance to the semifinals where the tournament will commence normally.

There are just five more team’s left to qualify for the World Championships next year, with two NORCECA spots and three CAVB bids. 19 of the 24 spots, though, have been filled through various qualifiers held over the summer and fall of 2017. Three team’s automatically qualified for the event – Italy and Bulgaria as hosts and Poland as the defending champions.

The entire field will be determined by the end of 2017 and the competition will begin its play on September 10 and run through September 30. In total there will be 103 matches played over 18 days of competitive play. 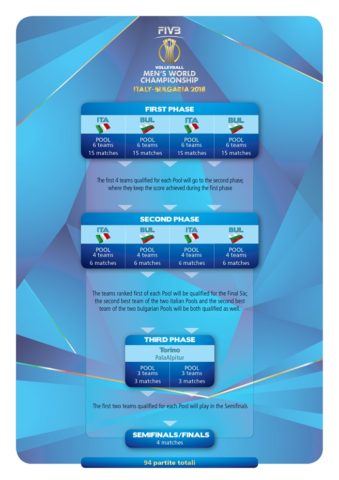