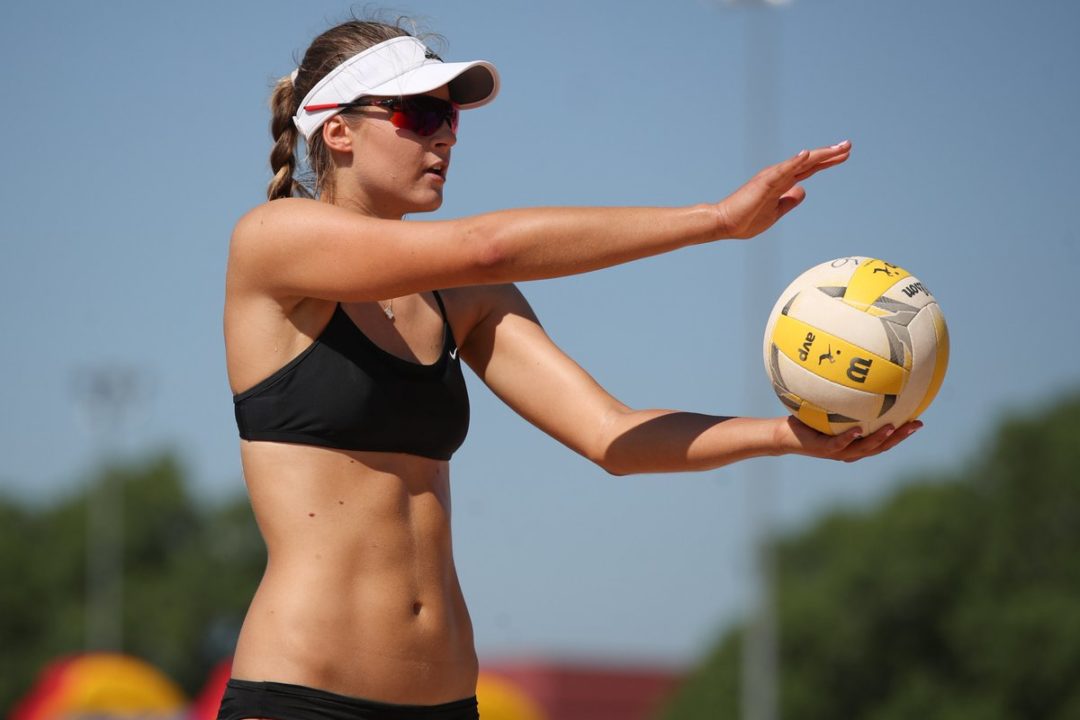 Opening day in the main draw the AVP Championships in Chicago was riddled with upsets and saw ninth-seeded Tim Bomgren/Chaim Schalk and No. 10 Brittany Howard/Kelly Reeves advance to the winner's bracket final four.  Current Photo via AVP

No. 9 Tim Bomgren/Chaim Schalk pulled off the upset of the day, sending top seeded Phil Dalhausser/Nick Lucena to the contender’s bracket with a tiebreak win in Round 3 on Friday to remain in the winner’s bracket final four.

Crazy day yesterday with some wild comebacks going 3-0 with @timbomgren here at the AVP Championships! Quarter finals this afternoon at 2:40pm. Catch it on @primevideo! @avpbeach 📷 @shoot802 #AVPStrong #avpgoldseries @wildflower_plantsheal

Only Steven Roschitz/Silla Tucker remain of the qualifiers after the pair won via forfeit against Duncan Budinger/John Hyden in the first contender’s bracket match.

On the women’s side, qualifiers Cassie House/Molly Turner, Mackenzie Ponnet/Brittany Tiegs and Terese Cannon/Sarah Sponcil each won their opening main draw matches. House Turner did so in tiebreak, rallying past No. 12 Lane Carico/Bree Scarbrough (19-21, 21-15, 17-15). Ponnet/Tiegs topped No. 11 Janelle Allen/Kerri Schuh (21-18, 21-16), while new pair for the weekend Cannon/Sponcil won 21-16, 21-12 over No. 15 Lara Dykstra/Sheila Shaw.

Claes/Hochevar turned around and lost their next match as No. 10 Brittany Howard/Kelly Reeves won their third match of the day, issuing a 21-17, 21-17 loss to the No. 2 seed.

Top seeded Summer Ross/Sara Hughes had to rally for their opening victory of the tournament, edging out No. 16 Aurora Davis/Jace Pardon 19-21, 21-13, 15-9, but were back on solid ground with a straight set victory over No. 8 Amanda Dowdy/Irene Pollock.

In the contender’s bracket, four qualifiers picked up opening round victories. In addition to Cannon/Sponcil, who won 17-21, 21-81, 15-13 over fellow qualifiers Delaney Knudsen/Jessica Sykora. Ponnet/Tiegs also advanced in tiebreak over Carico/Scarbrough. House/Turner bounced back with a 21-19, 21-13 win over Allen/Schuh. Falyn Fonoimoana/Priscilla Piantadosi-Lima dropped their opening main draw match, but remain in the game after a 21-13, 21-19 win over Quiggle/Smith.