After Being Fired, Stoytchev Defends Himself From Players’ Accusations 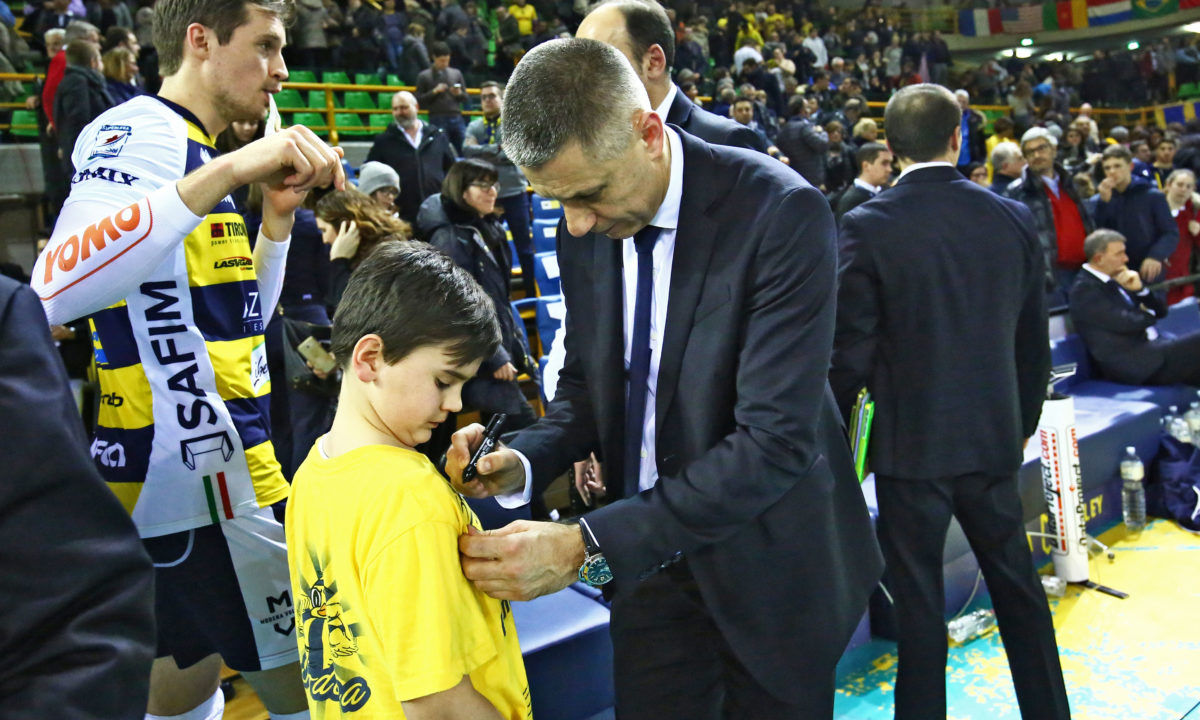 In a stunning turn of events, Modena recently decided to fire its superstar coach Radostin Stoytchev after a long-standing feud between the coach and his players. The team’s biggest star, the Frenchman Earvin Ngapeth, even chose to leave the club for Russia’s Zenit Kazan due to the conflict. The last straw of the matter was when Modena‘s players went on live TV, after they were eliminated from A1 League’s semifinals by Civitanova, and stated that they would not remain on the team if Stoytchev continued as its coach.

After Modena‘s president Catia Pedrini penned a letter assuming the blame for Modena‘s end of season fiasco, it was Stoytchev’s turn to take to the media to defend himself of the players’ accusations. There were many, specially by Earvin Ngapeth, Bruninho, and Max Holt.  Stoytchev has already communicated the media that he will take Modena to court, as he still had 2 years left in his contract

Here is his official statement (Gazzetta.it):

“Many unexpected things happened in less than a week and I preferred to wait a few days to respond to the accusations made against me by some of the players present at a Modenese TV show. I owe it to myself, I owe it to my family, I owe it to the fans of Modena Volley and I owe it to the people who are giving me many demonstrations of esteem and support.

That Tuesday evening TV show was a personal attack and perhaps organized denigration, in which facts were reported in a partial and tendentious and, at times, in a completely false way. An attack to which I was not given the opportunity to respond in a contextual and direct manner. The next day I received from the team a a termination letter in which I am accused of serious breaches. In particular, I am accused of improper handling of the physical condition of the players and of failing to respect the President and the General Manager on public occasions.

The team’s public announcements evokes a clause of just termination, which is clearly groundless and implemented with the sole purpose of not paying me the fees for the next two years of my contract and those of the last months of this year. This is not the place to challenge the accusations that have led to my removal, but I want you to know that those same accusations were made known to me for the first time during that television broadcast and that no manager of the team had previously contested the behavior described in my letter of termination

I intend to prove the falsity of these charges in due ways and ascertain the personal responsibilities of all those involved, because I know and can demonstrate what really happened, I know how I behaved throughout this year and I know how I worked every day: with commitment, dedication, professionalism and respect towards everyone. I know that I am not perfect and I do not pretend to be, but I have always worked with conviction for the good of Modena and the team.

I am used to assuming my responsibilities, but I can not accept behavioral reproaches from a player who has caused so many problems to the team with his conduct. In the same way I am surprised by the accusation of having disrespected the President, since I have always had great esteem and affection towards her, the same esteem and the same affection that she showed me until the evening before the signing of my termination letter.

Playing at Palapanini, in the Temple of Volleyball, was an honor and the thing that pains me most about this sad epilogue is that I can not complete the important project, conceived by President Catia Pedrini, and in which I absolutely believed. Thanks to Modena and to the public who supported me this year.”