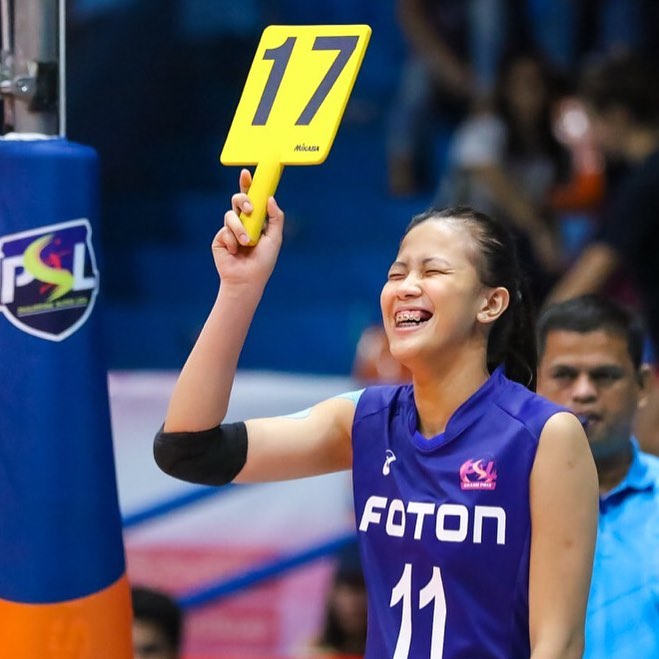 University of Santo Tomas' star outside hitter EJ Laure missed her last UAAP season due to a shoulder injury Current Photo via http://philippinesuperliga.com

University of Santo Tomas‘ star outside hitter EJ Laure missed her last UAAP season due to a shoulder injury. The lack of communication between the athlete, the team, and the media created an avalanche of miscommunication between the country’s volleyball-crazy fans. Rumors were spread that Laure was in fact no injured, but pregnant, which prompted a stern defense from her coach, Kungfu Reyes of his star player.

Now that eight months have passed, the situation is water under the bridge, and Laure is almost recovered and ready to return to the courts. She spoke to Spin.ph about finally coming back to the volleyball courts:

“I need to get my strength back, so I am focusing on doing strength work and rehab. I just can’t get back immediately without the doctor’s permission. I am fine, I am enrolled in classes. I am now even more motivated to get back because I’ll have the chance to play with my sister once again.”

Laure’s coach is very pleased with his star pupil’s return. However, he was adamant in letting everyone know that the team’s former captain will now have to fight for her roster spot:

“It all depends on how she’ll progress through training. We of course consider her a great player, and really love playing her. But her Michael Jordan days are in the past, so she’ll have to show us she is still great on the practice floor before resuming her role.”

Laure is a former UAAP Freshman of the year and has always been among one of her conference’s top scorers. She was also a part of the Philippine youth team that participated at the 2015 Asian Women’s U23 Volleyball Championship. Professionally, Laure made her debut for the Foton Tornadoes in the E2016 PSL All-Filipino Conference where her team ended as a runner-up and claimed the back-to-back Philippine Super Liga Grand Prix Conference title the same year.