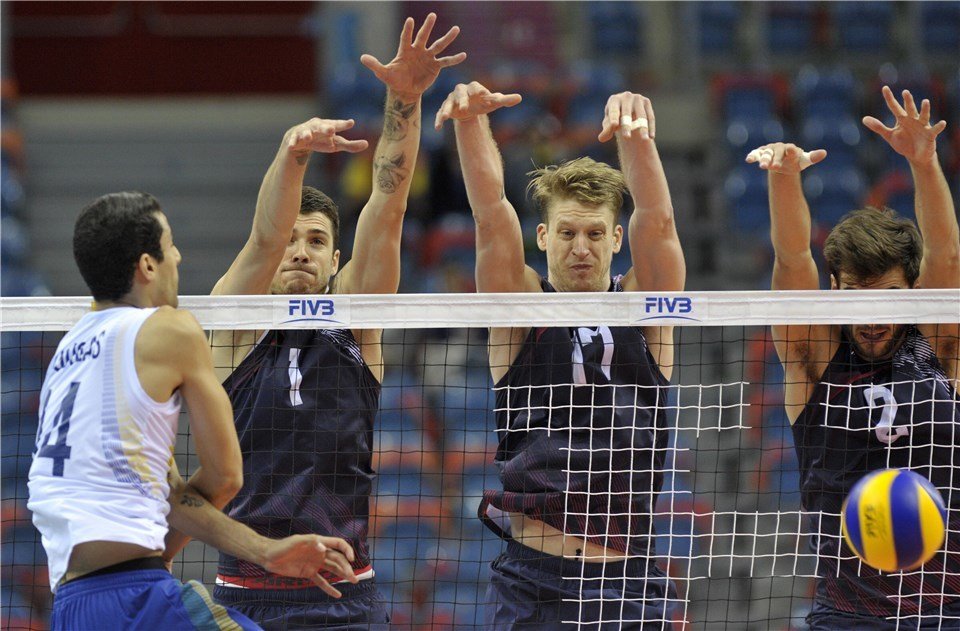 Fans of U.S.A. Men’s Volleyball have received some great news. In preparation for the upcoming USAV Cup matches against Olympic gold medalists Brazil, superstars Matt Anderson and Max Holt have returned to training with the team in Anaheim, CA. Just this week, videos surfaced on social media of both players wearing the new Adidas uniforms in separate photo shoots with Holt announcing “I’m back with my boys.”

After leading the American squad to a bronze medal at the Rio Olympics, both players enjoyed a successful club season, Anderson in Russia for Zenit Kazan and Holt in Italy for Azimut Modena. Both players skipped the 2017 FIVB World League to rest and recover from a long 2016-2017 season that included the Olympic Games.

Anderson, the 6’10’ (208 cm) opposite hitter was the 2014 player of the year for the United States. In Russia, he played his more natural position of outside hitter and helped lead Zenit Kazan to an extremely successful year, winning the Russian Cup, the Russian Championship, and the CEV Champions League. They came up just short of winning the FIVB Volleyball Men’s Club World Championship, settling for silver after losing a straight set match to Sada Cruzeiro. At the Rio Olympics, Anderson finished second overall in total points scored at 128, including the the final kill that clinched the bronze medal.

Holt was recently named the player of the year in the United States in 2016. He finished the Rio Olympics as the second best server in the tournament with 12 aces and the second best blocker with 20 total blocks. The 6’9” (205 cm) middle blocker helped lead Modena to the gold in the Italian Cup, the Italian SuperCup, and the Italian Championships.

Anderson and Holt will join fellow American stars Taylor Sander, Micah Christenson and Erik Shoji as they battle Brazil in preparation for the 2018 FIVB World Championship which will be co-hosted by Italy and Bulgaria in September, 2018.