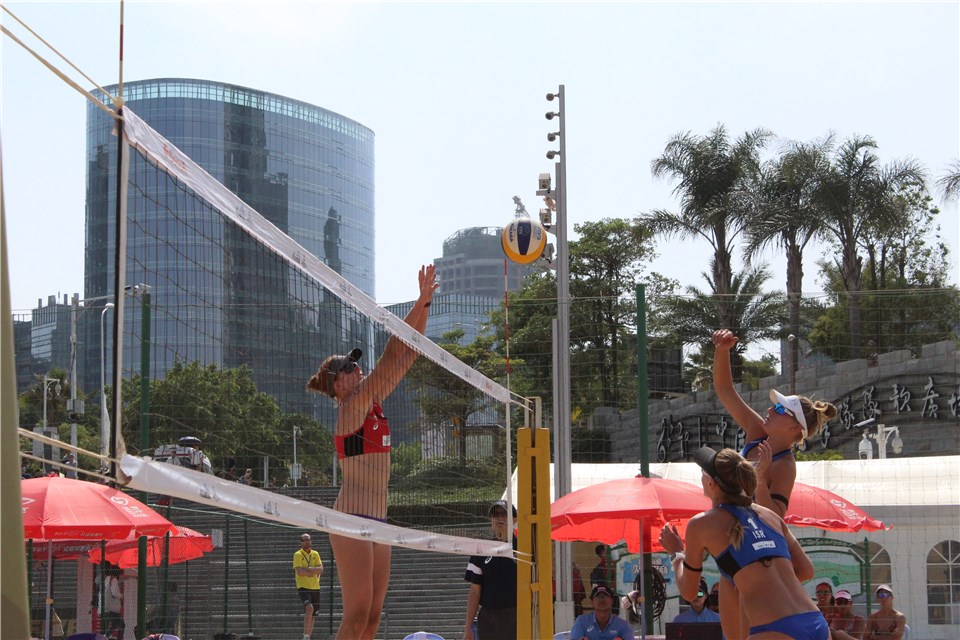 New American duos Kelley Larsen/Emily Stockman and Kelly Claes/Brittany Hochevar are both on to the main draw after recording two wins in women's qualifying at the Xiamen Four Star. Ryan Doherty/William Allen were among eight teams who made it through on the men's side. Current Photo via FIVB

It was a busy day of action on the women’s side as the final 12 first round matches were played, rolling right into eight second round contests leading to the main draw.

New American duos Kelley Larsen/Emily Stockman and Kelly Claes/Brittany Hochevar are both on to the main draw after recording two wins. Larsen/Stockman dropped their first set of the day and then won four straight to move on, while Claes/Hochevar won in straight sets, before going the distance in a second round affair with Brazil’s Juliana Felisberta Da Silva/Andressa Cavalcanti Ramalho.

Joining the Americans in the main draw are teams from Germany, Japan, Lithuania, the Netherlands, Norway and Switzerland. In addition to Claes/Hochevar, three other duos had to make their way through three-set affairs to move on. Lithuania’s Ieva Dumbauskaite/Monika Povilaityte and Switzerland’s Laura Caluori/Dunja Gerson came through after falling in their opening sets of round 2.

Teams from Cuba, the Czech Republic, France, the Netherlands, Norway, Poland, Switzerland and the United States earned spots in the main draw on the men’s side with their second qualifying wins in as many days.

Poland’s Mariusz Prudel/Jakub Szalankiewicz and Norway’s Anders Berntsen Mol/Christian Sandlie Sorum, who received first round byes were both tested in their Xiamen debuts, each being forced to rally for victories after stumbling in their first sets.

In other round 2 action, Americans Ryan Doherty/William Allen bested countrymen Bill Kolinski/Miles Evans in straight sets to move on (21-13, 22-20).