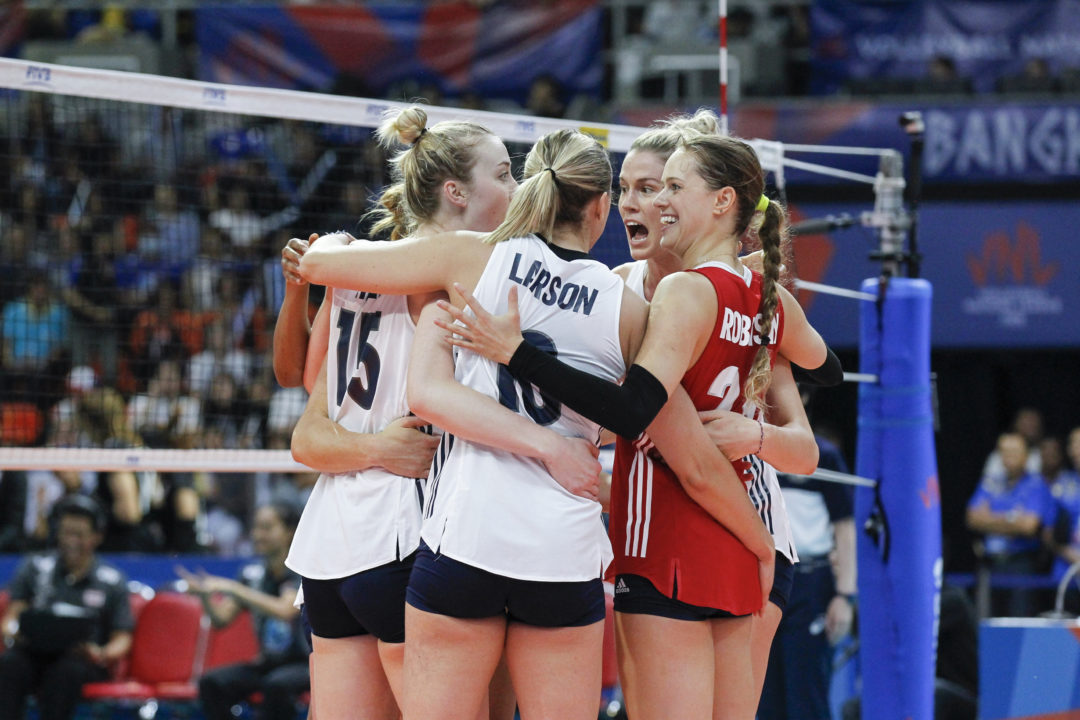 Jordan Larson was the top scorer in the match with 15 points, notching nine kills, a team-best four aces and two blocks. Hill followed with 13 points, all on kills including the game winners in Sets 1 and 2, and Annie Drews (12), Lauren Gibbemeyer (10) and Foluke Akinradewo (8) rounded out the scoring. Drews downed nine kills and added two stuffs and an ace, while Gibbemeyer chipped in eight kills, a block and an ace. Akinradewo posted six kills, a block and an ace in her first action since May 23 vs. the Netherlands. Michelle Bartsch-Hackley had the night off.

Thailand fought throughout the match, battling the Americans hard in Set 2 and actually boasting a lead midway through Set 3, before succumbing.

The World No. 2 ranked United States, which currently sits atop the VNL standings, will be tested next week in pool 14 against No. 1 China, No. 4 Brazil and No. 5 Russia in Jiangmen, China, next week.