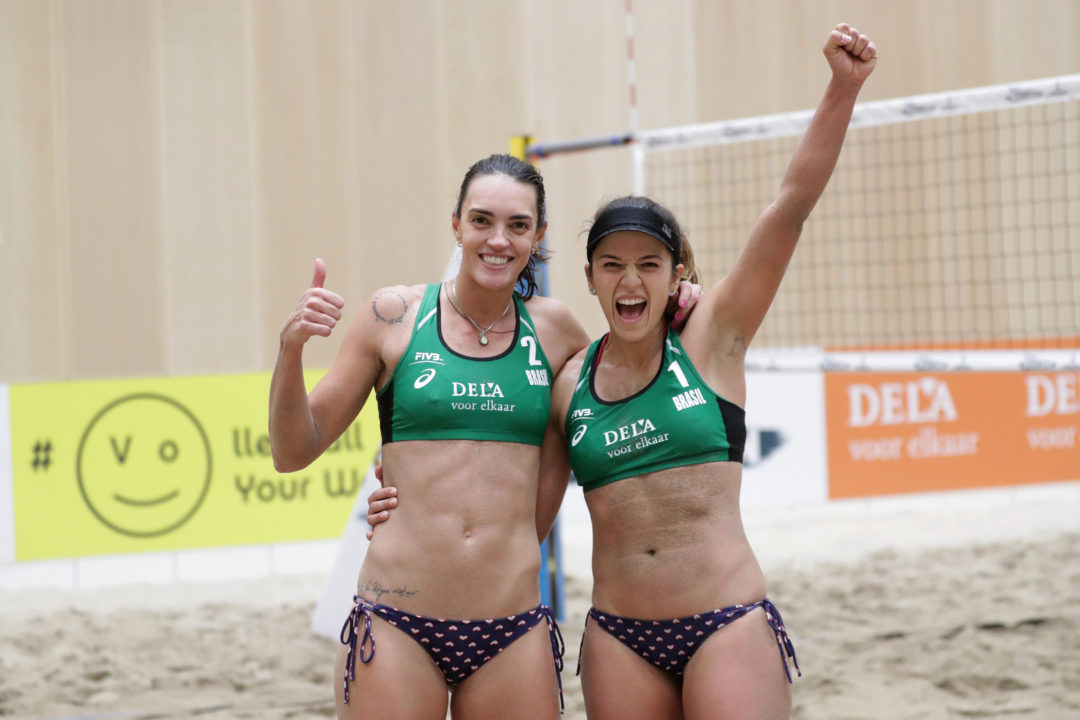 The teams for the FIVB World Tour five-star event in Fort Lauderdale have been announced. Current Photo via FIVB

The teams for the FIVB World Tour five-star event in Fort Lauderdale have been announced. 24 teams have made the cut for the main draw while another 32 teams from each gender will compete in the qualification tournament, vying for one of the eight remaining spots in the main draw.

On the men’s side, American’s Casey Patterson and Stafford Slick have earned one of the two wildcard slots for the main draw. Patterson/Slick have joined forces in the offseason after splitting with their partners following the 2017 season. Also earning a wildcard slot into the tournament are Italian’s Alex Ranghieri and Marco Caminati. Ranghieri and Caminati have just recently paired up as well, following Ranghieri’s split from Adrian Carambula.

A big shock to the tournament for the men comes from Brazil, in that Alvaro Filho/Saymon Barbosa have missed out on the main draw of the tournament, despite winning Fort Lauderdale in 2017. This comes because the pairing did not have enough points over the past 365 days. Instead, the Brazilian duo has received a wildcard slot in the qualification tournament. The second qualification wildcard choice was awarded to American’s Billy Allen/Ryan Doherty.

In the men’s field, the big pairs that have made the main draw are:

For the women, last year’s champions, Larissa Franca/Talita Antunes, will not be participating as Antunes is expecting a child this year. Franca, on the other hand, has decided to take some time away from the beach and Antunes has her child. For the same reason, 2016 Rio Olympic champions, Laura Ludwig and Kira Walkenhorst of Germany will not participate in the tournament because of Ludwig’s pregnancy.

Earning the wildcard slots into the main draw are American’s Brooke Sweat/Summer Ross as well as the Netherlands’ Joy Stubb/Marleen van Iersel.

In the lineup are April Ross/Alix Klineman who have made the main draw after winning the first FIVB World Tour tournament of 2018 in The Hague. The duo recently announced their commitment towards the 2020 Tokyo Olympic games and have won their first 10 matches as a pair.

In the women’s field, the big pairs that have made the main draw are: