Belgium Brings Most of World League Roster to Euro Championships 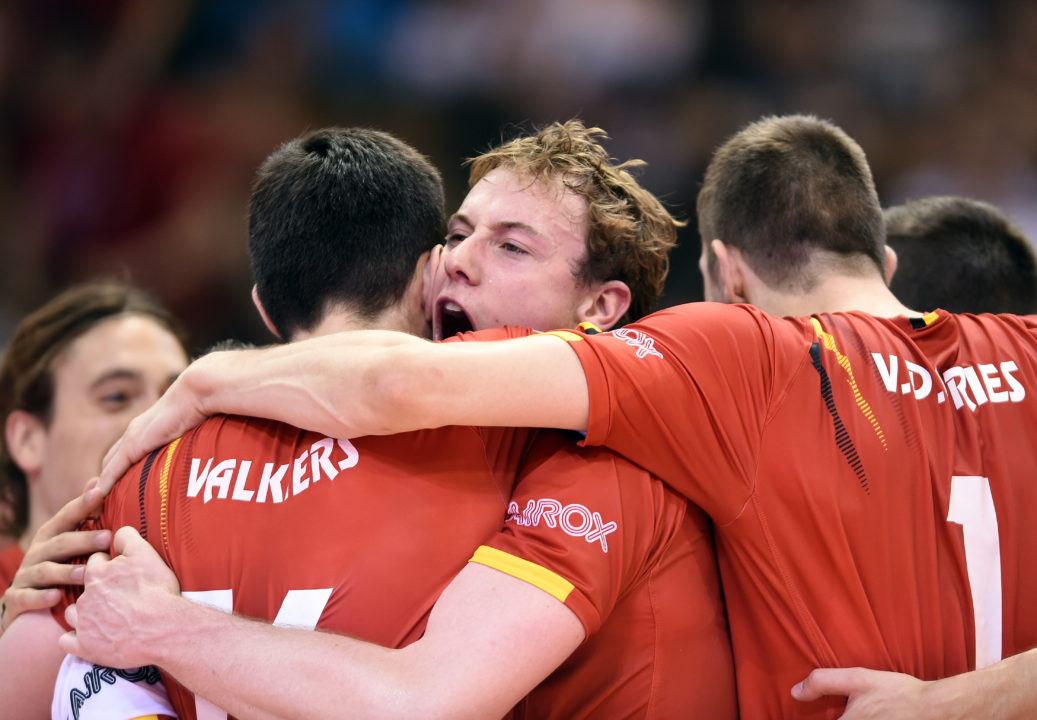 Belgium has announced their roster for the 2017 CEV European Championship, which includes outside Sam Deroo and many others who competed in 2017 World League.  Archive Photo via Courtesy: FIVB

Belgium Coach Vital Heynen has named the 14 players who will represent the country at the CEV European Championships in Poland later this month.

Outside Ruben Van Hirtum, who plays professionally for Knack Volley Roeselaire in Belgium, is the only addition to this roster from the World League side that finished 3rd in a tough opening round pool that included eventual champion France and eventual bronze medalist Canada. They won’t have to wait long to avenge their three-set World League pool play loss to France, as they will meet again in the opening round in Poland.

To finish on top of Pool D, the Belgium side will again look for major contributions from opposite Gert Van Walle, who plays professionally for GKS Katowice in the Polish League, and middle blocker Simon Van de Voorde, who plays for Italian pro side Trentino Volley.

Belgium finished 10th at the 2015 championship. In addition to France, Belgium will face Turkey and the Netherlands in their opening round pool.