Big 12 Rewind: A Look at the League Heading into Conference Play 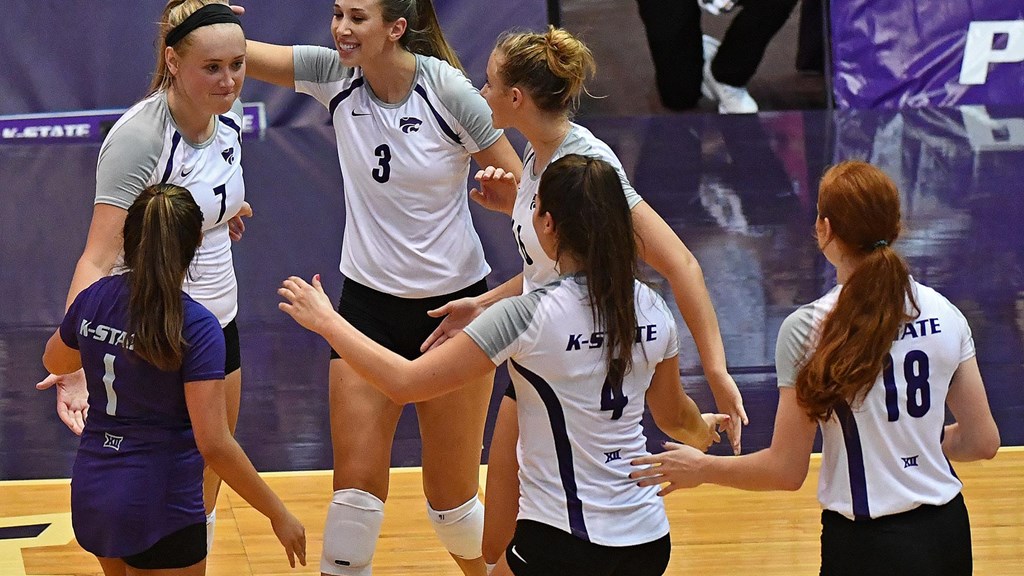 Overall, the Big 12 has challenged itself against the nation’s best in the non-conference slate, which makes its collective 70-32 (.686) pre-conference mark deceiving. Current Photo via Kansas State Athletics

Overall, the Big 12 has challenged itself against the nation’s best in the non-conference slate, which makes its collective 70-32 (.686) pre-conference mark deceiving.

Top league contenders in Texas and Baylor have each taken 3 losses on the season thus far.

Kansas State, which saw its biggest nonconference matchup at Minnesota cancelled for player safety reasons, brings a league-leading 10-1 mark into conference action, while Texas Tech has notched a league-best 11 victories.

A trio of teams is ranked in VolleyMob’s most recent power rankings release, led by 6th-ranked Texas. Baylor checks in at 12th, followed by Kansas State at 23rd. Iowa State, which has been in and out of the rankings week to week, is currently receiving votes.

VolleyMob projected Texas, which has won 6 conference titles in the last 7 years, to win the Big 12 followed by Baylor, Iowa State, Kansas and TCU. A vote of league coaches produced a similar result with No. 1 Texas, No. 2 Baylor, No. 3 Iowa State, No. 4 Kansas and No. 5 Kansas State.

Baylor: Despite earning a signature win against Wisconsin, the Lady Bears are searching for consistency in the Big 12 slate.

Iowa State: The Cyclones have been in and out of the rankings in andup and down non-conference season and are not at full strength entering the Big 12 slate.

Kansas: The Jayhawks look to build upon last year’s 3rd place result in the Big 12 and have a shot at doing so with 4 starters returning plus their libero.

Kansas State: The Wildcats bring the league’s best record into conference action at 10-1.

Oklahoma: The Sooners are off to a strong start under 1st-year head coach Lindsey Gray-Walton with an 8-4 mark and are looking to make a splash in conference play.

TCU: The Horned Frogs used a 4-match win streak to get back on track this season and head into the Big 12 slate with an 8-3 mark and some positive momentum.

Texas: 5-3 is definitely deceiving when it comes to the Longhorns, as 6 of their 8 matches have been against ranked opponents.

Texas Tech: 2nd-year head coach Tony Graystone has his squad on the rise again this season. He has the Lady Raiders sitting at 11-3 heading into the Big 12 schedule.

West Virginia: After being chosen to finish last in the preseason, West Virginia will attempt to prove the doubters wrong in 2018.