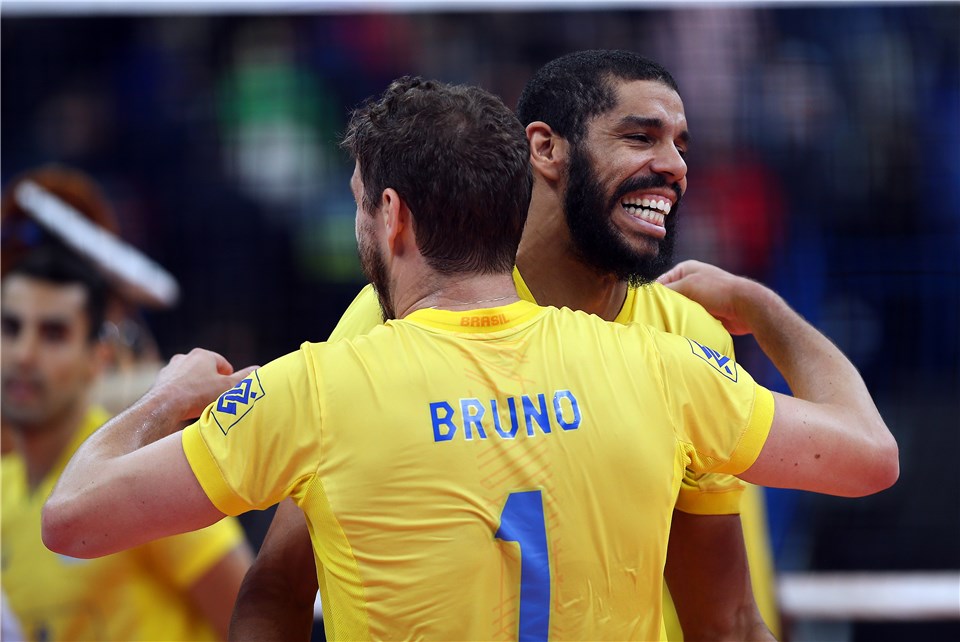 Brazilian volleyball fans only have good memories of playing against the Netherlands. After all, it was against the Dutch, in... Current Photo via FIVB

Brazilian volleyball fans only have good memories of playing against the Netherlands. After all, it was against the Dutch, in 1992, that they were able to celebrate the first of Brazil’s three Olympic gold medals. All these memories will now come back to life as Brazil is hosting The Netherlands for three friendlies ahead of the WCH. In the first match-up, it made easy work of the rivals by taking the match 3-0 (25/20, 25/22 and 25/16). Opposite hitter Wallace Souza led the way for Brazil with 14 points, while middle Lucas Saatkamp added 12. Nimir Abdelaziz had 14 points in the losing effort.

Nine players from Brazil’s gold medal campaign at the 2016 Olympic Games are in the tea’s current roster. However, both of Brazil’s starting opposite hitters during its Olympic triumph, Ricardo Lucarelli and Mauricio Borges, are out with injuries. Backups Kadu and Lipe started in their places instead. Here is how coach Renan Dal Zotto reacted to the win:

“The Dutch are not a favorite for the title, but will give us a lot of work, as it is a difficult to team play against. We have to be ready for everything. We had the opportunity to train for a few weeks, which means we are ready for these 3 friendlies. I have a lot of players at my disposal, but as of right now, I want to find out what’s the best starting rotation.

The Dutch are a young, but very tall team. It has a very powerful service game, when it comes at you, it’s hard to hold on. These friendly will give us an exact notion of how to face them in the WCH, since it didn’t play at the VNL.

We are renewing the roster gradually, we can’t change everything at once. It is not necessary. Our team has in it mature Olympic champions with still a lot of fire to burn. The goal is to make room for young talents who are corresponding to the pressure. We have to continue mixing our talented players with the young newcomers.”

Renan also talked about what was it like having Kadu starting for the team after the player served out a 15 month doping suspension:

“Cadu is a very young player with important international experience. He played in Italy, where I had the opportunity to accompany him. He had a very good pre-season. He can help us a lot. We will see in the course of the friendlies how he behaves. The opposite hitter is a position we need more athletes in. We lost two important athletes, who were Lucarelli and Maurício Borges. Today we have Lipe, Olympic champion, but still recovering from a right elbow injury.”

The next two friendlies will be on August 20 and 22. Brazil will debut at the WCH on Sept. 12 against Egypt.