Brazil Sews Up South American Qualifying Spot for U21 Worlds 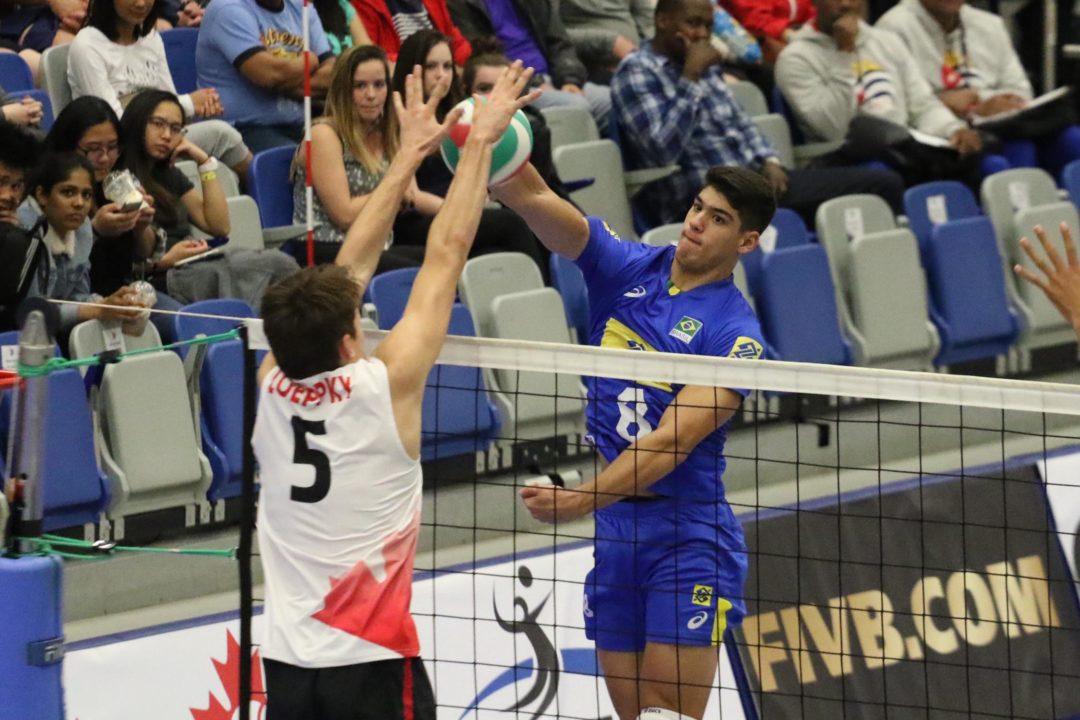 Guatemala earned its first victory of the U21 Pan American Cup on Thursday, while Cuba swept Puerto Rico and Brazil topped Canada in four sets. Current Photo via NORCECA 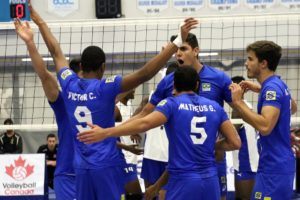 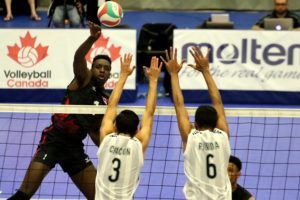 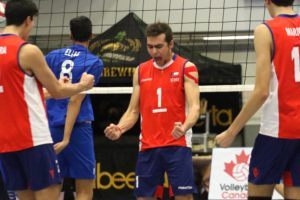 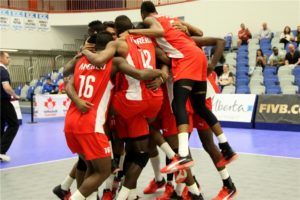 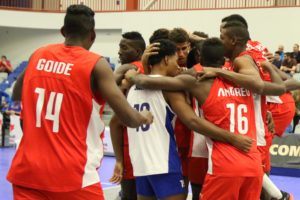 Brazil earned its place in the Pan American Cup finals with a sweep of Guatemala, while Cuba advanced with a four-set win over Canada. 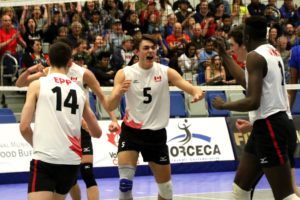 The semifinals of the Pan American Cup are set as Guatemala outlasted Puerto Rico in five sets and Canada advanced with a four-set win over Chile.

Guatemala earned its first victory of the U21 Pan American Cup on Thursday, while Cuba swept Puerto Rico and Brazil topped Canada in four sets.

With its win, Brazil sewed up the South American qualifying spot for the U21 World Championships. The NORCECA spot is still up for grabs.

Next up, Puerto Rico faces Guatemala and Canada takes on Chile in the quarterfinals on Friday. Brazil and Cuba meanwhile await the winners in the semifinals and qualification round on Saturday.

Barbados won the opening set 34-32, but Guatemala edged them 26-24 in Set 2 and cruised to the win with 25-14, 25-21 scores down the stretch. Barbados won the blocking battle 18-9 and served up three aces to Guatemala’s 1 but fell short in the overall score.

“It was a game with a lot of up and downs,” Guatemala coach Reider Lucas said. “It wasn’t a one-sided game and we still made a lot of mistakes. We came out wishing to win, it was a tough game but luckily we made it. This win gives us the opportunity to keep competing as we will face Puerto Rico tomorrow. It gives us encouragement to stay in the tournament because we started the week with stronger teams like Canada and Brazil. Facing them was hard, but it really gave us more confidence. I’m very happy. The guys are very happy and focused.”

“Today, I don’t feel satisfied with my result,” Alberto Caballero, Barbados head coach, said. “This game was so different than when we played against Brazil. Today, nothing worked…. The main problem is today they didn’t have any confidence.  Guatemala played defense and worked hard and just kept going. I am not happy with this match.”

“My guys went out to play pretty well,” Cuban head coach Nicolas Vives Coffigny said “We accomplished our mission by being first of Group A. Now we have to wait and see what will happen later today. I’ll be watching Canada-Brazil tonight. Both teams are good so it’s hard to know who we will face in semi-finals on Saturday.”

“It was a very good game,” Brazil coach Nery Tambeiro Jr, said. “We played strong and took advantage of our height. We were worried the whole game, and not only after losing the second set. Canada is a good team and I don’t think tonight’s lost is a big problem for them because I’m sure that if we face each other again during the finals, it will be a total different game.”

“We told our guys this morning that Brazil was going to come out strong,” Canada head coach Gino Brousseau. “But it doesn’t matter what we say, they are young and inexperienced. It happened last year against Cuba. We all know that Brazil is one of the top volleyball countries and have more experience together than us. We are disappointed and the last set, but tomorrow is another day. We have to get ready for Chile. My players fought and they did well, especially in the second set. We are on a good track.”