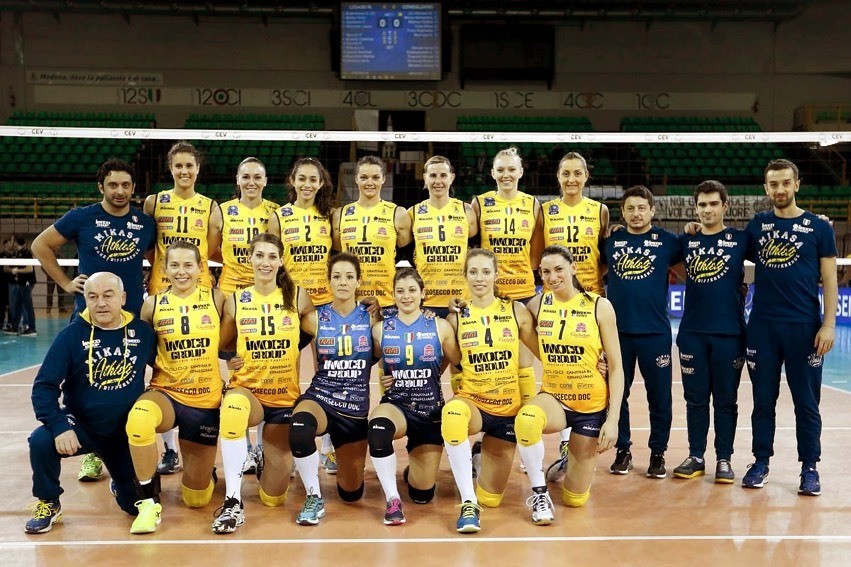 American outside hitter Megan Easy, formerly Megan Hodge, is transferring back to Imoco Volley Conegliano for the upcoming 2017/18 season. Easy last competed for Imoco during the 2015/16 season.

Megan Easy competed for Penn State University from 2006-2009 where she was a four-time AVCA All-American. She first went to play professionally in Puerto Rico for Criollas de Caguas, then to Italy to play for MC-Carnaghi Villa Cortese. In 2011 she transferred to Poland to play for Atom Trefl Sopot, then she moved to Azerbaijani to play for Azerrail Baku. In 2013 she joined the Chinese team of Guandong Evergrande. Easy then played for Imoco Volley in Italy for the 2015 season.

Easy competed for Henan Volleyball Club in China during the 2016/17 season with fellow American Kelly Murphy. Henan finished in last place in Group 1 during the regular season, which put them in the losers stage of the finals. In the losers stage, the team finished in third place with a 1-3 record; ultimately finishing the season in 11th place in the China Volleyball League.

During the 2015/16 season, Easy competed for Imoco Volley with fellow Americans Alisha Glass, Rachael Adams, and Kelsey Robinson. The team won the Italian Women’s Volleyball League Serie A1. Throughout 27 matches played, Easy finished with 47 kills, and a total of 64 points scored.

This past 2016/17 season, Imoco Volley won the Italian Super Cup in December and then went on to win the Italian Cup in March, with a 3-0 sweep over Liu Jo Nordmeccanica Modena.

Imoco Volley is looking to add to its already strong roster with the addition of Tatiana Kosheleva, who did not renew her contract with Eczacibasi VitrA.