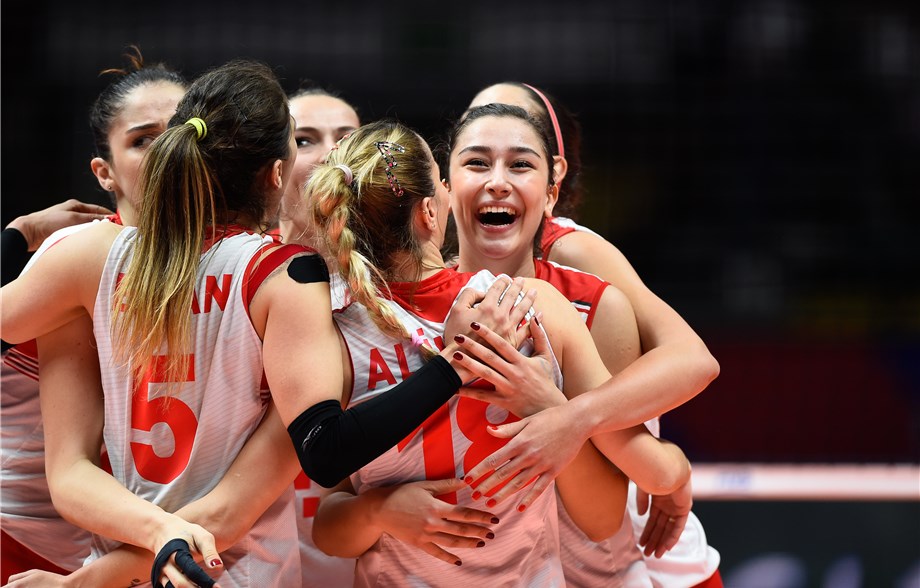 Brazil dominated all facets of the game in a 3-0 thumping of the last place Argentines, their fourth straight NVL victory. Brayelin Martinez dropped a match-high 26 points, including 24 kills, but it was not enough to lift the Dominican Republic past Turkey in a 3-1 loss.  Current Photo via FIVB

Brazil dominated all facets of the game in a 3-0 thumping of the last place Argentines, their fourth straight NVL victory. The Brazilians outdid Argentina in kills (43-27), blocks (11-3) and aces (4-0), behind a 16-point effort by Monique Marinho Pavao.

Brazil ran out to a 10-2 lead in Set 1 and cruised on to a 25-9 win against error-riddled Argentina. Set 2 was a different story as the teams played to a 9-all tie before Brazil gained a slight 14-11 edge and held on for the 25-20 win. The Brazilians boasted an 8-4 edge by the first technical timeout of Set 3 and Argentina never threatened after that, folding 25-14.

Brayelin Martinez dropped a match-high 26 points, including 24 kills, but it was not enough to lift the Dominican Republic past Turkey.

Martinez’s 26 points (24 kills, 2 blocks) led the DR, while Yonkaira Pena Isabel (16) and Lisvel Eve Mejia (10) followed. Pena downed 13 kills and served up both of the team’s aces, while Mejia was credited with nine kills and a block.

Ercan was the difference in Set 1, turning an 8-all tie into a 13-8 Turkish lead with three straight putdowns. In Set 2, Martinez paced the DR to an 8-3 lead and Lisvel Eve chipped in too as the team boosted its lead to 16-10 en route to a 25-17 win.

After a tie at 12 in Set 3, Turkey scored three in a row and held off the Dominicans down the stretch including a pair of Gunes blocks. The Turkish side led 16-11 at the midway point of Set 4, one which would prove too much for the Dominican Republic to overcome.