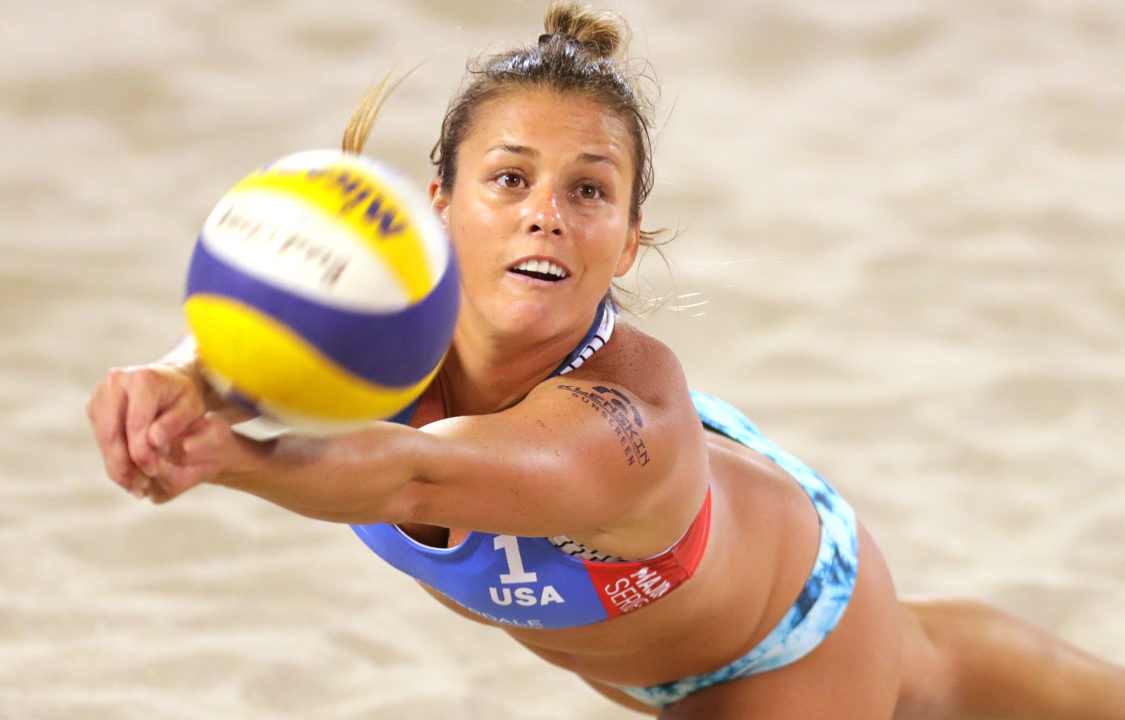 Three-time Olympic gold medalist Kerri Walsh Jennings is partnering up with fellow American Brooke Sweat for the P1440/FIVB co-sponsored four-star event in Las Vegas in October. Sweat is returning to the court after rotator cuff surgery. Current Photo via FIVB

Kerri Walsh Jennings is keeping her options open when it comes to choosing a partner for Tokyo 2020.

She has already teamed up with Kelly Claes for a NORCECA qualifying event and is going international with Swiss star Anouk Vergé-Dépré‏ for her first P1440 event in San Jose. Now, according to the Beach Major Series, Walsh Jennings is partnering up with fellow American Brooke Sweat for the P1440/FIVB co-sponsored four-star event in Las Vegas in October.

Sweat is on her way back from shoulder surgery, following a rotator cuff injury in March and surgery in May.

“Our games really complement each other and we both just want to win, so I’m really excited to get on the court with her in Vegas,” Brooke told beachmajorseries.com. “She understands my shoulder situation better than anyone because she had similar injuries, so it has been really easy and fun practicing with her. She knows exactly what I’m feeling and going through and that has been comforting to me.”

The 32-year old Sweat played with Summer Ross beginning in February 2017, finishing as high as second at the Moscow Three Star (June 4, 2017). The pair was third at the Fort Lauderdale Major in March before Sweat’s injury. Sweat went on to finish seventh at the Huntington Beach Four Star alongside former partner Lauren Fendrick before opting for surgery.