BYU, UCLA Ready to Play Their Best Ball in Fourth Meeting of Season 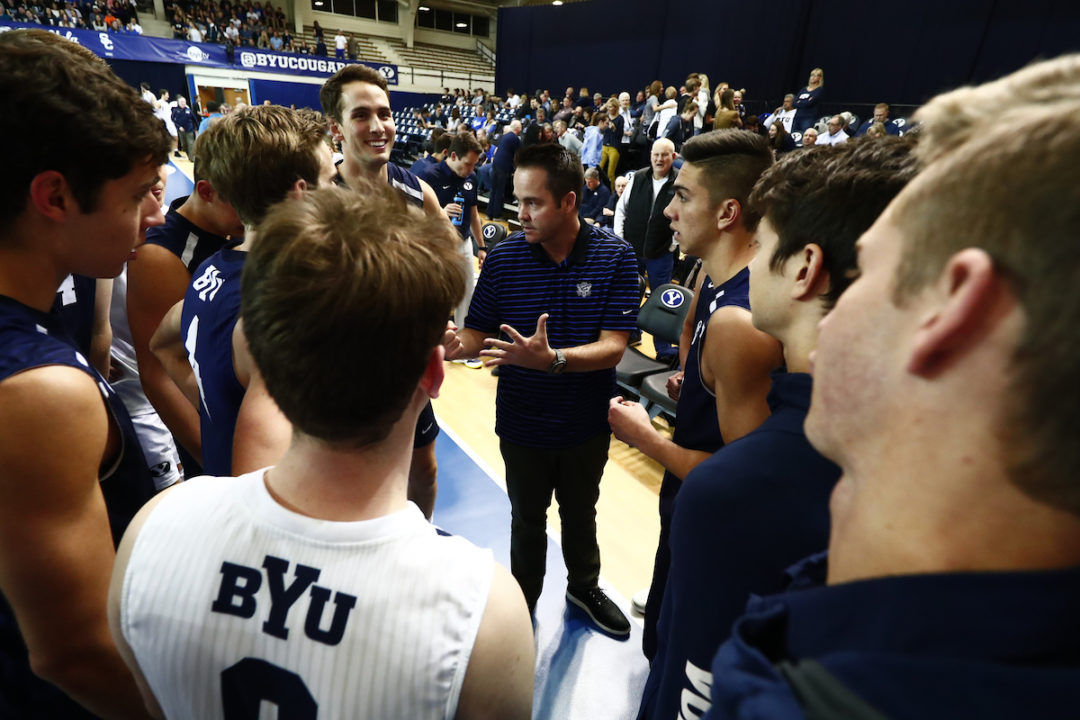 Thursday's night cap is a MPSF vs. MPSF matchup, putting champion BYU and league runner-up UCLA on opposite sides of the net for the fourth time in 2018. The Cougars lead the series 2-1 after wins on March 3 (3-0) and April 21 (3-1) and a 3-0 loss on April 7.  Current Photo via BYU Athletics

While match one of the NCAA men’s Final Four pits two-time defending national champion Ohio State, who is playing its third match in a week, vs. No. 1 Long Beach which is coming in after two weeks off from competition. Ohio State is playing the role of underdog, while Long Beach State is relying on belief and preparation to push through.

The teams last met 12 days ago in the MPSF final with the Cougars winning 3-1.

That familiarity was on full display as the team’s met with the media on Wednesday ahead of Thursday’s match.

“It’s exciting,” Olmstead said. “UCLA-BYU—that’s been a constant now in men’s Division I volleyball for a handful of years. It’s going to be an exciting matchup and we look for another one of those UCLA-BYU volleyball matches. That’s what the guys talk about and we’re all excited, for sure.”

Olmstead’s charges echoed their coaches’ wishes for another donnybrook.

“It’s UCLA,” setter Leo Durkin said. “We’re always excited for an opportunity to have another match against them. We know the guys on
that squad, we love playing against them, it’s a good, competitive environment. I think, going into this match, a bunch of us guys are just grateful for the opportunity that we get to have another Final Four appearance. We’re just keeping it that. We’re just going to go out there and play our best ball.”

Senior middle blocker Price Jarman is relishing a fight to the finish.

“UCLA, they have some incredible athletes,” Jarman said. “I think that’s apparent when you watch them play and their style of play shows that. They’ve got some guys with super-high volleyball IQs who play the game at a really high level. I think this will be like our 10th or 11th time playing them in our career and every single time we’ve played them,
it’s been an absolute battle and points don’t come easy. That’s kind of the matchup we expect is two physical teams that aren’t really willing to concede.”

From the UCLA side, coach John Speraw gave a mini scouting report of his team’s rival.

“We’re obviously very familiar with BYU, our opponent, having played them twice in the last month,” Speraw said. “I think we know a lot about what we need to do, and they probably know a lot about what they need to do. We definitely know that it will be a great match. They’re very big and physical and have a great block. They’ve done a really good job of float
serving us. They’ve scored a lot of points with that serve when we were there for the MPSF finals. Our float serve reception will be a very important part of our win, our hopeful win. As always, serve and pass will be a big part of this match.”