Long Beach State Believes in Itself, Is More Prepared This Year 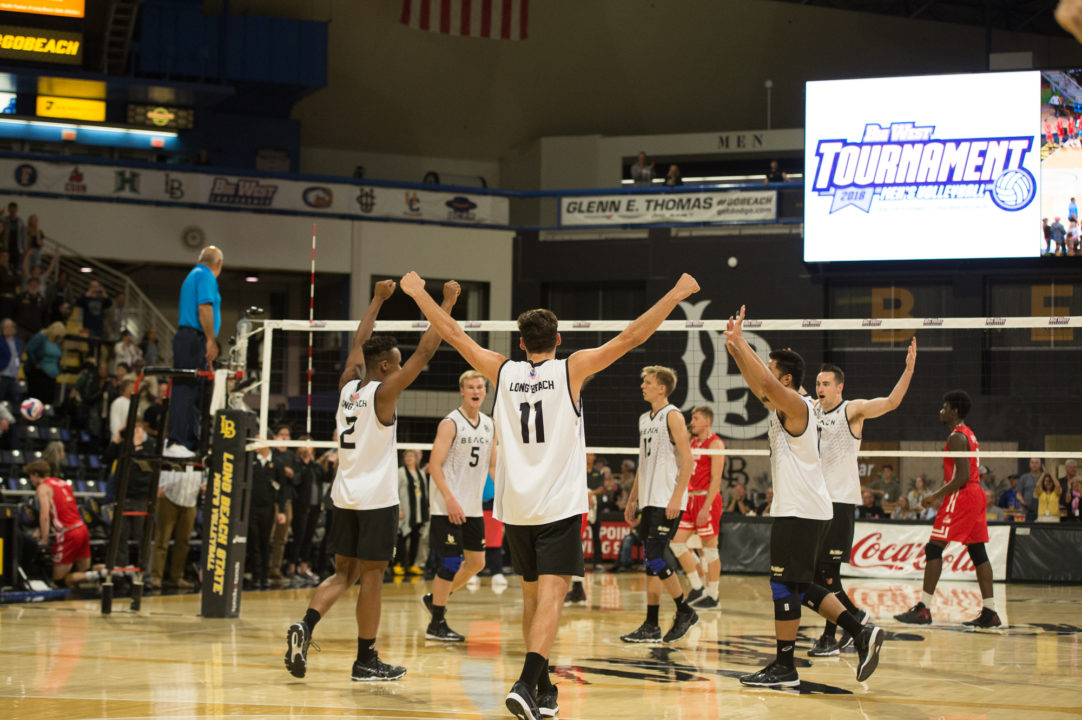 A common theme arose when the Long Beach State players and head coach Alan Knipe took the stage in front of the NCAA media contingent on Wednesday: the team does not see themselves as the favorite and is looking to build on team chemistry and past experiences to push through to a national title.  Current Photo via Long Beach State Athletics

A common theme arose when the Long Beach State players and head coach Alan Knipe took the stage in front of the NCAA media contingent on Wednesday: the team does not see themselves as the favorite and is looking to build on team chemistry and past experiences to push through to a national title.

It started with the coach.

“Like every team here, we’re excited to be here,” Knipe said. “This is the culmination of a lot of work over the course of the entire season so I know our guys are excited. We know there are some really good teams in this tournament and [the tournament] gets deeper and the quality of play gets better each and every year, as proven by the
play-in game last night [between UC Irvine and Ohio State]. We’re excited to get after it.”

Knipe went on to share that although his team did not have a formal match scheduled last week, they kept the competition level high.

“We scheduled some things last week to make it more similar to a normal week,” Knipe said. “We had a really good black-and-gold scrimmage on Friday night with fans, refs, the whole deal, and we did a lot similar things as we would for a normal match: scouting reports, preparation and warm-ups. So it feels for us like we played on Friday night and we have the week to prepare for a two-match week.”

As for his team, preparation also seems to be a key factor to their success so far and in the upcoming matches.

Junior outside hitter TJ DeFalco, the 2017 AVCA Player of the Year, who leads the team with 3.61 kills per set and 51 aces, shared that experience was not enough.

“I think we’ve used the last few years as a pretty good reference point,” DeFalco said. “That’s what we’ve kind of made our mantra for the whole year: just grind, one match at a time and one point at a time. We’ve had a lot of experience getting to the final four, but we’re trying to have the best preparation possible to put ourselves in the best situation for these matches.

“In my opinion, being the favorite means nothing to us. We were favored last year, and we weren’t prepared the way we are now. So it comes down to how we do and the way we prepare.”

Senior outside hitter Bjarne Huus, who chips in 1.79 kills and 1.44 digs per set,  says that preparation has given the team confidence, which has carried them through the season.

“It’s a great vibe,” Huus said. “We know we can rely on each other to do our jobs. The biggest thing is that we want to believe in ourselves. Both setters in the gym, Josh and Carlos [Rivera], are running a balanced offense so everyone gets the chances to prove themselves in practice so coming out in the matches becomes much easier.”

The 49ers will have both their confidence and preparation tested by two-time defending national champion Ohio State at 8 p.m. ET Thursday. Watch live here.