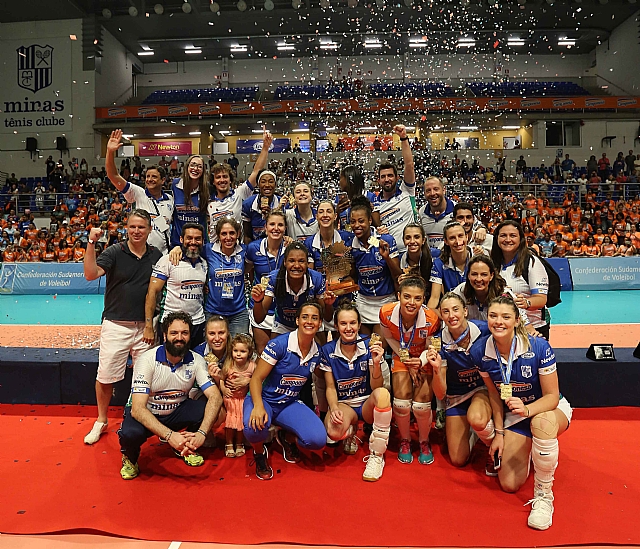 Minas surprised favorites SESC/RJ to win the 2018 South American Club Championship this Saturday in Belo Horizonte, Brazil. The game was very contested, with Minas taking on the early lead and finishing the first set on top 25/23. The second set saw Minas open up a 14-9 lead, before Bernadinho’s SESC fought its way back and closed the set at 25/22. The third set was again very balanced, with Minas capitalizing on SESC’s errors to once again close it at 25/23.

The fourth set saw SESC run away with the score, which forced Lavarini to make some changes to his line up, even bringing Destinee Hooker into the game, who is not yet fully recovered from a surgical procedure done last week. It was to no avail, as SESC closed the frame at 25-15. The tie break was a no contest for Minas, which saw Sonja Newcombe completely dominate the match offensively and close it at 15-9.

This is Minas third title in the competition (it also won it in 1999 and 2000). It will now represent Brazil at the 2018 FIVB World Club Championship. Here is how Minas reacted to it:

“I was so anxious I couldn’t sleep. I thought about the game the whole night, what we needed to do to beat SESC, which is always the team to bit. Today, we were able to do everything right and come out on top. We had our difficult moments in the game, which is normal, but our team’s chemistry and unity, was the difference maker. We lost Hooker and Mayani to injuries this week, but their subs stepped up big time. I said it before and I will say it again, our team’s unity won this title.” – Minas’ captain and tournament MVP Caroline Gattaz

Our team is ver united. If one player makes a mistake, her teammate helps her to fix it, and that is how we won the title. I am very happy to see that the team is doing exactly what we practice. We worked very hard and are now reaping what we sowed. And it’s not over, as we’ll now focus on Superliga.” – Minas’ coach Stefano Lavarini

Here is the tournament’s MVP and Dream Team: 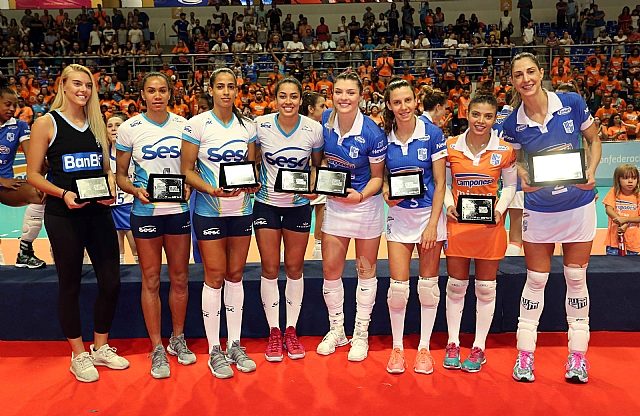 We did itttttttt!! South American Champions!! Yesssssssssss 💪💪💪💪❤❤❤ What an awesome team victory. Thankful for where I've been and where I am. Parabens!! 💙🏐 #GoMinas

Where did u see Newcombe completely dominate match offensively? In the 5th set she only scored 2 points early on (2nd and 4th ), the match point she did not score, she spiked and Kassyeli defended it, but Monique did touch the net and the point went for Minas. Points scored in the 5th set Rosamaria (3), Pri Daroit (2), Sonja (2), Carol (2), Mara (2), Macris (1) and 3 points came from Sesc errs.