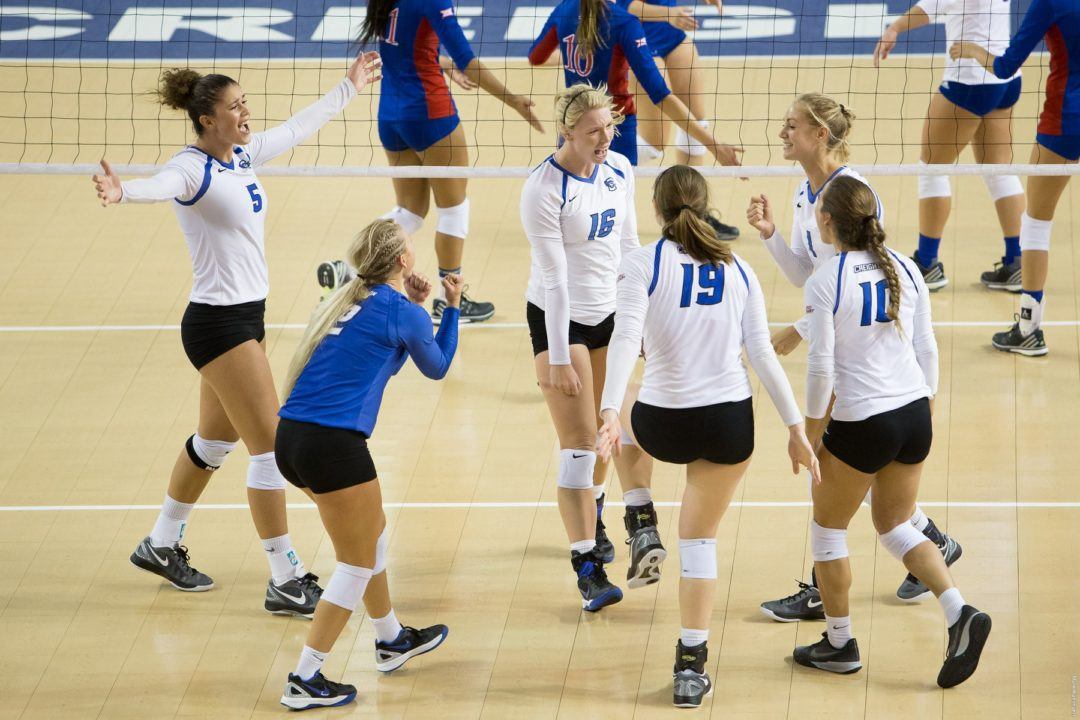 Three incoming freshmen will look to mix with Creighton's returning talent as the Blue Jays look to improve on the best season in program history. Archive Photo via Creighton Athletics

Creighton comes in as number nine on the list:

Creighton reached new heights in 2016 as they advanced to the Elite Eight for the first time in program history. They also tied a school record with 29 wins as they finished the year in the top 10 of the AVCA Poll. They have a majority of their contributors back and add three incoming freshmen to the roster for 2017.

Of the three-woman recruiting class, Steph Gaston stands out as a member of the Under Armour All-American team. The 6’5″ right side out of Papillion-LaVista High School in Nebraska was named to the Honorable Mention list and was ranked as the 99th best recruit by PrepVolleyball.

Not only did Creighton upset Kansas in the second round, they stole PrepVolleyball’s 98th ranked player in high school from under their nose. A 6’4″ middle blocker from Lawrence, Kansas, Naomi Hickman won a national championship at the 18 Open level with KC Power.

The third and final incoming freshman is Alexa Roumeliotis, a 5’7″ defensive specialist/libero from Atherton, California. After originally committing to Army, an injury reopened her recruitment and allowed Creighton to sweep in.

The additions will have to fight for playing time with as much returning talent as the Blue Jays have. They’ll be led by Big East Player of the Year and AVCA Third-Team All-American setter Lydia Dimke. She will have plenty of firepower around her as Taryn Kloth and Jaali Winters each earned AVCA All-America Honorable Mention in 2016 and are back for more in 2017. Second-Team All-Big East middle blocker Marysa Wilkinson also returns along with Brittany Witt who impressed as a freshman libero. Creighton loses just one starter from the 2016 team in Lauren Smith, which could potentially open up some playing time for Hickman or Gaston.