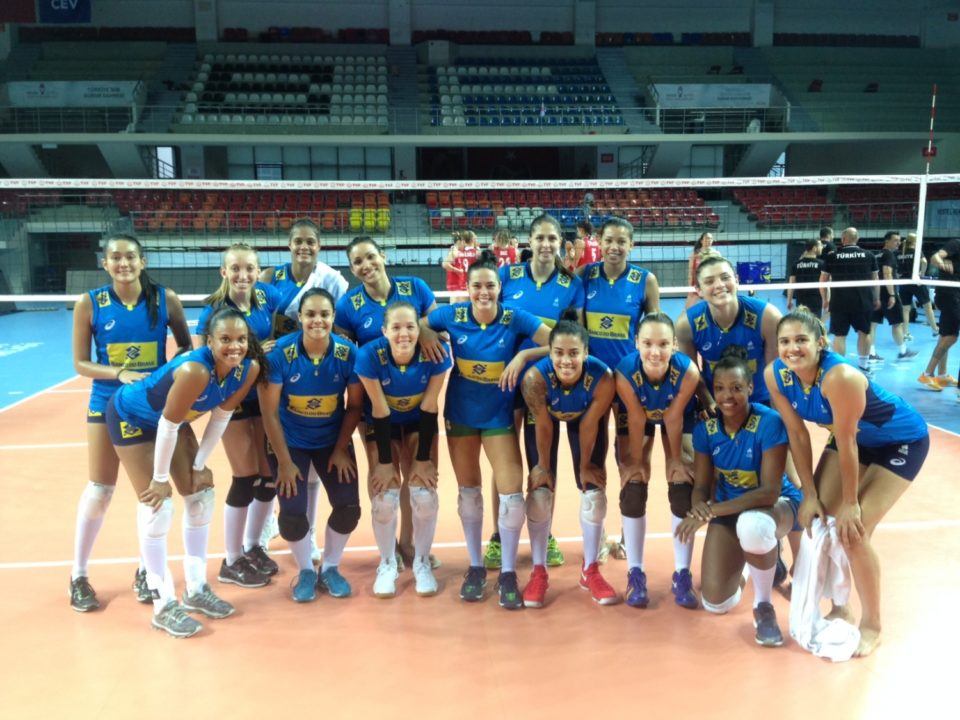 Brazil returns only 2 Olympians for the opening weekend of Grand Prix play. Current

Brazilian coach Jose Roberto Guimaraes has finalized his 12 for the opening week of the 2017 FIVB Grand Prix. By way of a pair of last-minute friendlies against Turkey in Istanbul on Monday and Tuesday, Brazil have sort-of-confirmed the travel roster of 13 (out of the available 21 players), though there are 15 players in the team photo taken after the match (and 14 are allowed to be active for each match) – the roster of 15 appears to be the 15 carried over from Montreaux Masters in June.

The lineup, then, will include just 2 members of Brazil’s Olympic Team – Natalia and Adenizia. That’s an Olympic team that began promisingly in pool play with a 5-0 start, but ran into the hot hand of China in the quarterfinals and was eliminated 3-2 in front of a crowd of 9,498 at the Maracanazinho.

Unlike the men’s team, who had several aces up its sleeve to reserve for the 3rd round of pool play and the Final 6 in the World League, the women’s team is pushing a more discerning throttle early, and won’t have much in the way of major reinforcements in later rounds. The only Olympian on the expanded roster, but not playing in this week’s action in Ankara, is libero Leia Silva.