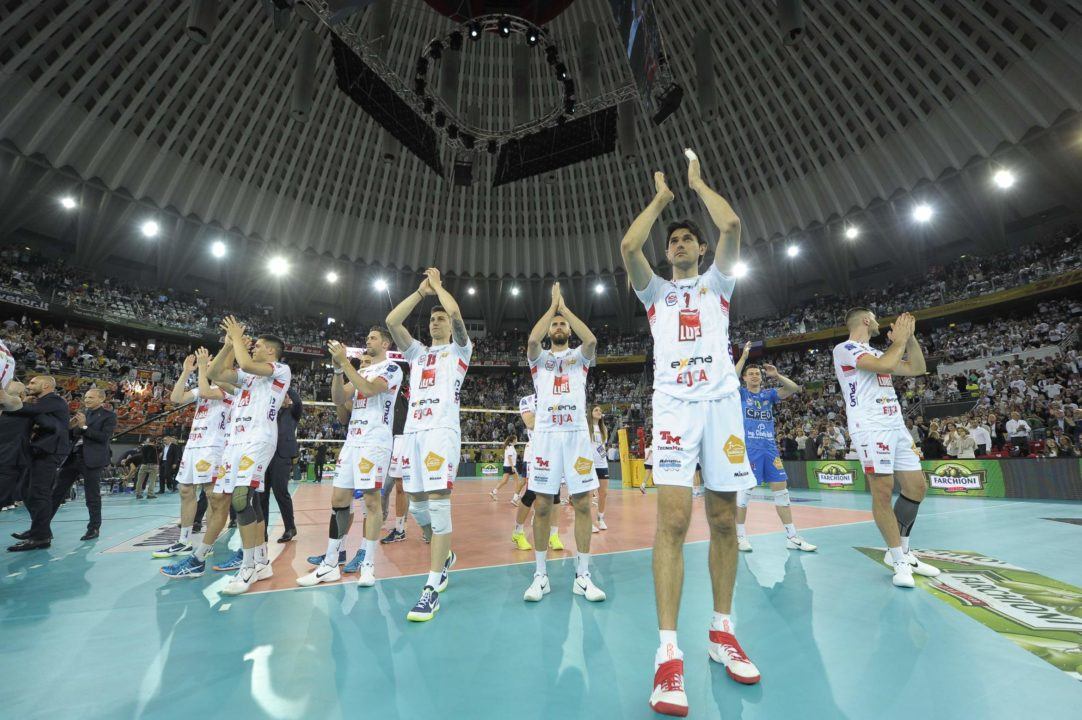 A strong service game, including 11 aces, lifted Lube, of the Italian Serie A, to a second-straight CEV bronze.  Current Photo via CEV

For BR Volleys, of the German Bundesliga, Paul Carroll managed 25 points, including 24 kills, while Aleksander Okolic and Robert Kromm added nine apiece. Okolic put up four of the team’s 11 blocks.

Bronze may not be what they came for, but it is what they take away… see you later on the podium @VolleyLube #CLF4Rome pic.twitter.com/4mM1fp8Cbx

“It was important to play immediately after the match that we lost yesterday – to clean our minds and just reset everything,” Lube’s Klemen Cebulj said. “We take a lot of positives from this match, which is important, because we will be playing our next match in the championship series of the national league on Thursday and we want to take this good feeling into our next game.”

After a back and forth battle throughout Set 1, Lube finally managed the 29-27 win. BR Volleys answered with a 25-22 win to level the match.

BR Volleys played from behind in Set 4, but managed to knot the score at nine. Trailing 20-18 late in the set, Cucine Lube Civitanova played into a 21-21 tie and got an ace from Juantorena to go ahead 24-21. Another perfect serve clinched the bronze medal.