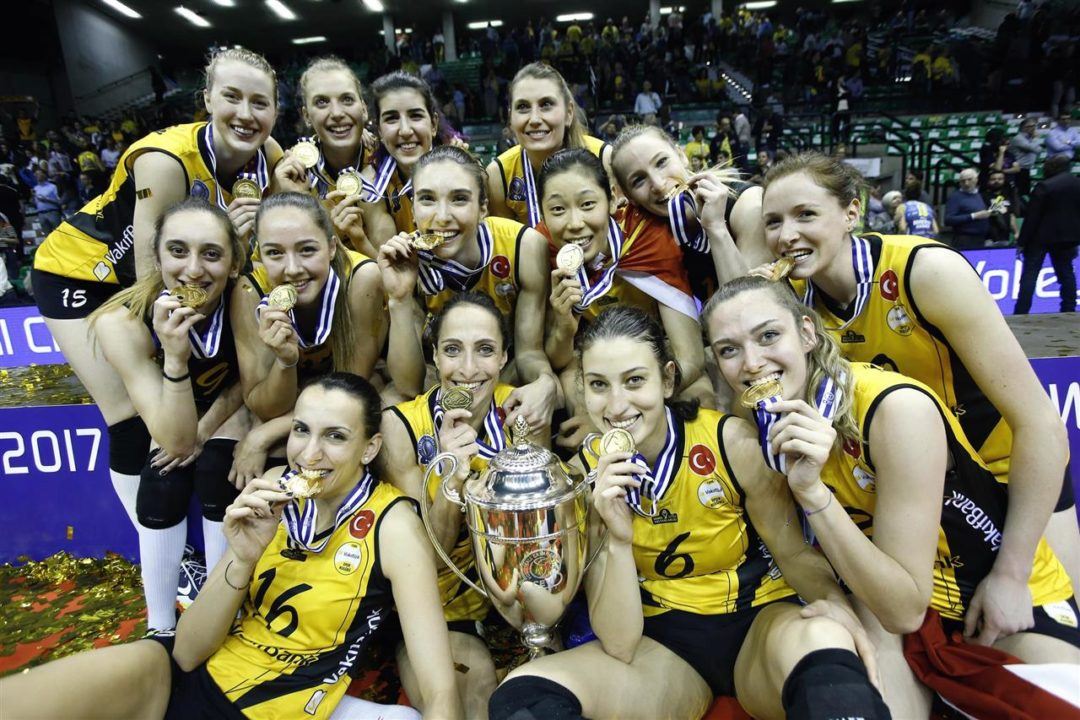 The defending Turkish, European, and World champions Vakifbank Istanbul will open the 2017 Club World Championships on May 9th, Archive Photo via CEV

The draws and pool-play match schedule for the 2017 FIVB Club World Championships have been announced, with defending champions Vakifbank Istanbul opening the tournament on May 9th against Dinamo Moscow.

Dinamo, the Russian Champions, were given the last wildcard spot into the tournament after winning the CEV European Cup and finishing 4th in the CEV Champions League over the last month. They will have some pressure to perform, having been selected ahead of Italian side Imoco Volley Coneglano, who took silver in the Champions League and beat Dinamo Moscow in the semi-finals 3-1.

The other match on the opening night of the tournament will pit Swiss side Volero Zurich against Turkey’s other powerhouse side Eczacibasi Istanbul.

There were three countries who received two bids to the tournament, and in each case, those two teams wound up in opposite pools – improving those countries’ chances of placing two clubs into the knockout stages.

The top two sides in each pool will advance to a four-team, single-elimination (with a bronze medal game) knockout round. The other 4 teams will play out a bracket to determine the 5th-8th slots.

Matches won will be the first determinant of the pool standings. That will be followed by match points, ratio of sets won, ratio of points won, and result of the last match between the tied teams.

Pool play will run from May 9th-12th, with each team playing once; the final placing will be determined on May 13th and 14th.

The full schedule for pool play is below: