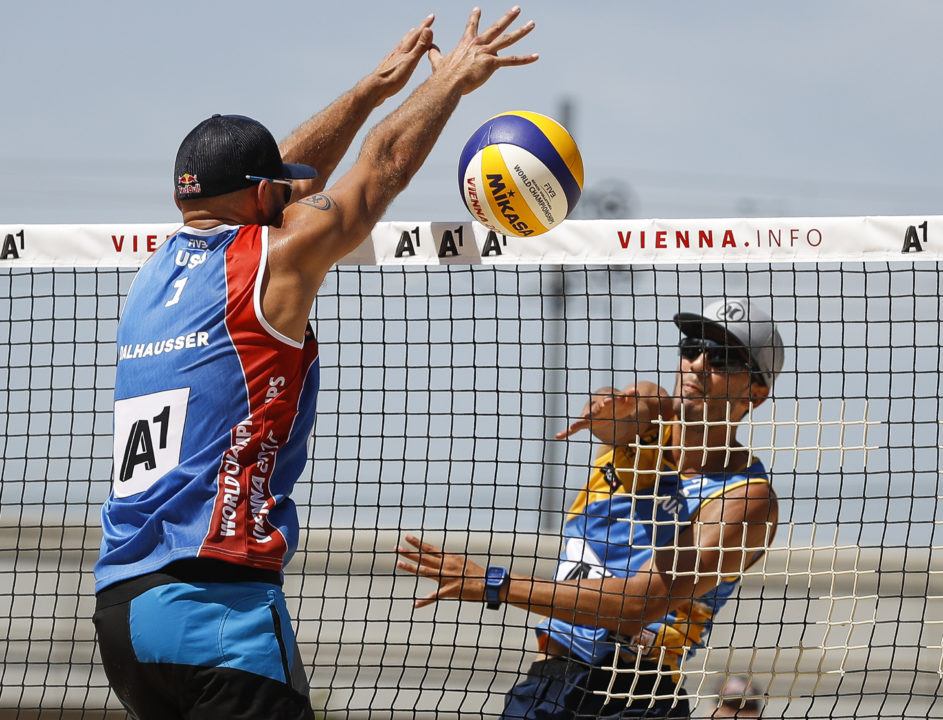 All 48 men's teams have now played two matches, with 21 remaining undefeated. All 12 of the top seeds in the tournament are unscathed through two matches.  Current Photo via FIVB

The women took center stage on Day 4 of the FIVB World Championships, with eight pools being decided. That left time for 12 men’s matches, including six involving Top 12 teams, all of which succeeded in straight sets.

All 48 men’s teams have now played two matches, with 21 remaining undefeated. All 12 of the top seeds in the tournament are unscathed through two matches.

American duos Theo Brunner and Casey Patterson; Jake Gibb and Taylor Crabb; and No. 3 seed Phil Dalhausser and Nick Lucena are among the undefeated sides.

“We have to play a little better,” Lucena said after the duo’s close 21-18, 21-18 win on Monday. “Strike that. We have to play a lot better. We kind of took our foot off the gas. We have to step it up so hopefully by Wednesday that happens. Wednesday’s match doesn’t matter except us wanting to win and build momentum. The real tournament starts Thursday, you never know you are going to get with the draw so we just have to worried about our side right now.”

Nine pools will see a battle of the 2-0 teams for pool titles on either Tuesday or Wednesday.

Pools B, D, F, G, I and J will play their finales on Tuesday. All but Pool D feature undefeated matchups. Included in the battles of the unbeaten will be Americans Crabb/Gibb against Losiak/Kantor in Pool G.

“We’re very happy that our strategy worked against the Austrians, who played really well despite of the pressure of being at home,” Alvaro said after the team’s Monday victory. “Saymon’s serve was really important and helped us to get some points when we most needed them, so he deserves the credits for this victory”.