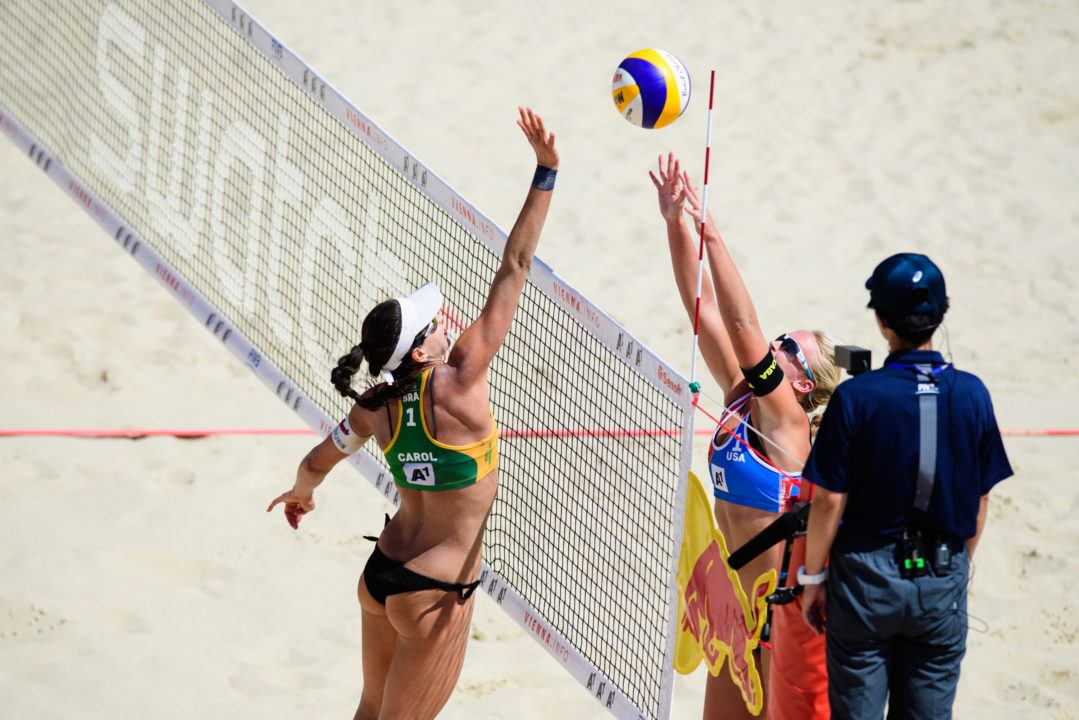 Sixteen spots in the Round of 32 were decided as eight pool winners were crowned and eight second place teams moved on on Day 4 of the FIVB Beach Championships. Two Brazilian teams claimed pool titles.  Current Photo via FIVB

Sixteen spots in the Round of 32 were decided as eight pool winners were crowned and eight second place teams moved on. The remaining four pools will wrap up play on Tuesday.

After Tuesday’s action, four third place teams also will move on via free passes, while the remaining eight will fight it out in lucky loser matches.

Two of the eight pool winners came from outside the Top 12 seedings. No. 14 April Ross/Lauren Fendrick and No. 13 seed Kristyna Kolocova/Michala Kvapilova scored upsets to advance via top positionings.

Teams play each other team in their pool once. The top two teams in each of the 12 pools automatically advance to the round of 32 elimination stage. The four best 3rd-place teams (as determined by the heirarchy below) also get a free pass to the round of 32. The other eight 3rd-place teams play in “lucky losers” matches, with the winners earning spots in the 32-team bracket.