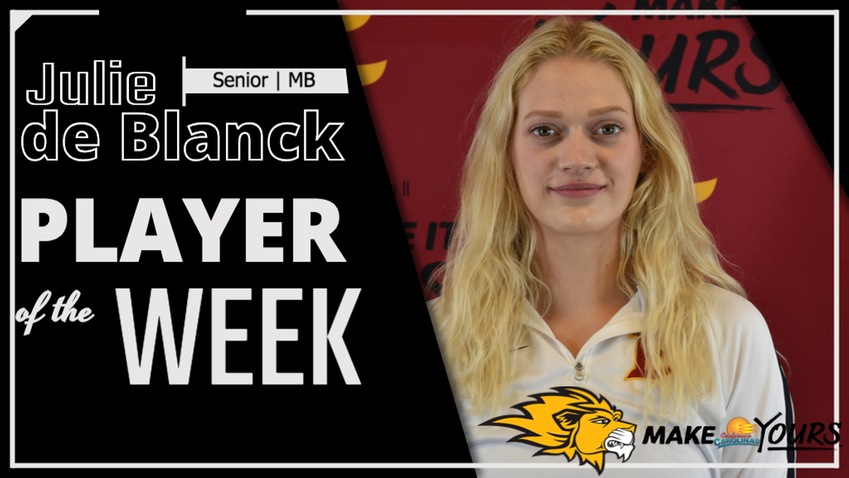 HIGH POINT, N.C. – Emmanuel College middle blocker Julie de Blanck has been named Conference Carolinas Women’s Volleyball Player of the Week for matches played during the week of Aug. 24-26, the Conference announced today. The award is the first-ever POTW award for Emmanuel in any sport.

De Blanck, who hails from Copenhagen, Denmark, led the Lions to a 3-1 record at the Coker/FMU Invitational over the weekend. The senior hit .414 and posted 48 kills for a 3.69 kills per set average, while also collecting 14 total blocks, 11 digs and eight service aces.

In the season opener against Virginia Union, de Blanck would tally 14 kills on a .458 hitting percentage with three aces and three blocks to pace the Lions to a 3-0 sweep. Against Winston-Salem State, de Blanck paced the Lions to another sweep with nine kills, six digs, four aces and two blocks. In a 3-1 setback against UIndy, de Blanck produced 15 kills, three blocks and two digs. In the weekend finale against Catawba, de Blanck registered 10 kills, six blocks and one ace in the 3-0 sweep.

Also nominated for Women’s Volleyball Player of the Week: